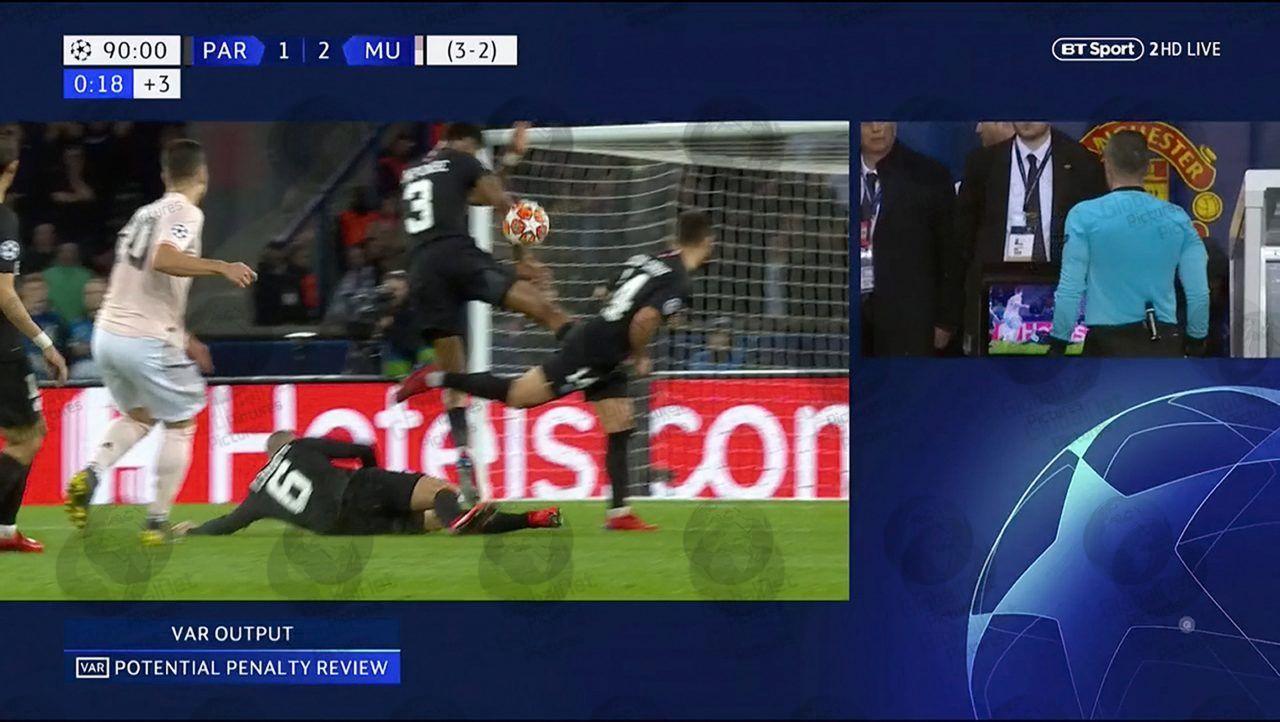 Uefa has backed the video assistant referee system’s decision to award Manchester United an injury-time penalty that knocked Paris St-Germain out of the Champions League on Wednesday night (March 6).

Diogo Dalot’s shot hit Presnel Kimpembe’s arm but was only deemed a spot-kick after the VAR intervention.

The decision had been labelled “a disgrace” by injured PSG forward Neymar, who was watching the game from the sidelines, but Uefa said the distance the ball covered was “not short” and Kimpembe’s arm was “not close” to his body.

Based on this, it added that “the impact could therefore not be unexpected” and “the defender’s body [was made] bigger thus resulting in the ball being stopped from travelling in the direction of the goal.

“Given that the referee did not recognise the incident clearly during live play [referred to as serious missed incident in the VAR protocol] an on-field review was conducted.”

After a lengthy delay where Slovenian referee Damir Skomina conducted the review on a pitch-side monitor, Marcus Rashford scored the penalty to earn United a 3-1 win on the night and send them through on away goals. It was the 21-year-old’s first competitive spot-kick for his club and ensured that Ole Gunnar Solskjaer’s team became the first in Champions League history to overturn a 2-0 deficit from the home leg in a knockout tie.