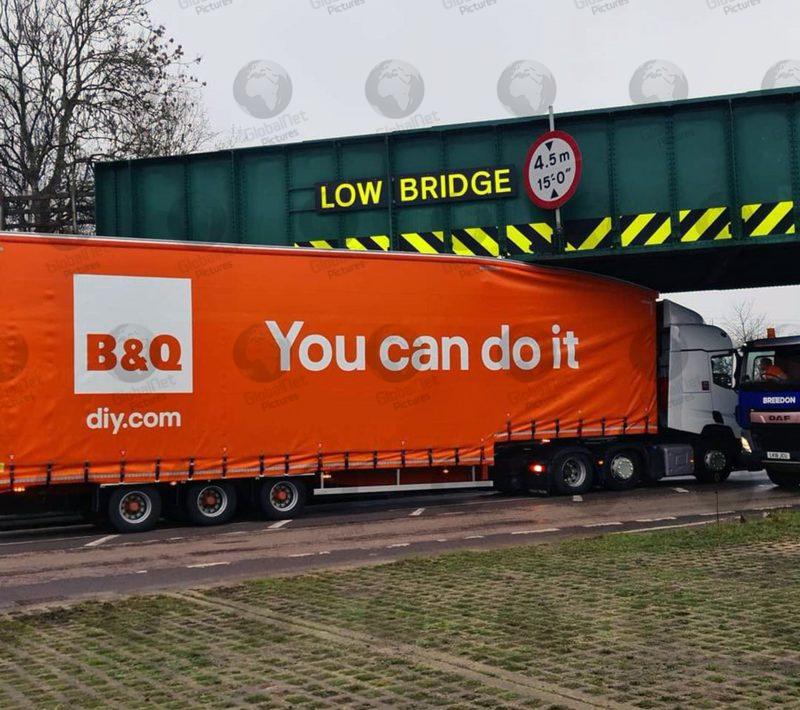 This B&Q lorry driver was clearly determined, but despite the slogan “You can do it” on his lorry, there was no way this vehicle was getting under this bridge on the A41 at Blackthorn, near Bicester in Oxfordshire.

Damian Tarnowski, who was on his way to work, was behind the lorry when it got firmly wedged under the bridge at about 8.30am yesterday and said: “He was trying to reverse with no luck as his wheels were just spinning. I pulled over to phone emergency services as they had to stop trains coming due to possible structural damage.”

Travel writer and rail expert Mark Smith, better known as The Man in Seat 61, also witnessed the scene and tweeted: “Huge orange B&Q lorry emblazoned ‘You can do it…’ actually found it couldn’t: Well & truly wedged under the A41 @chilternrailway bridge this morning, police in attendance.  I’m awarding it some delay attribution minutes for today’s school run…” 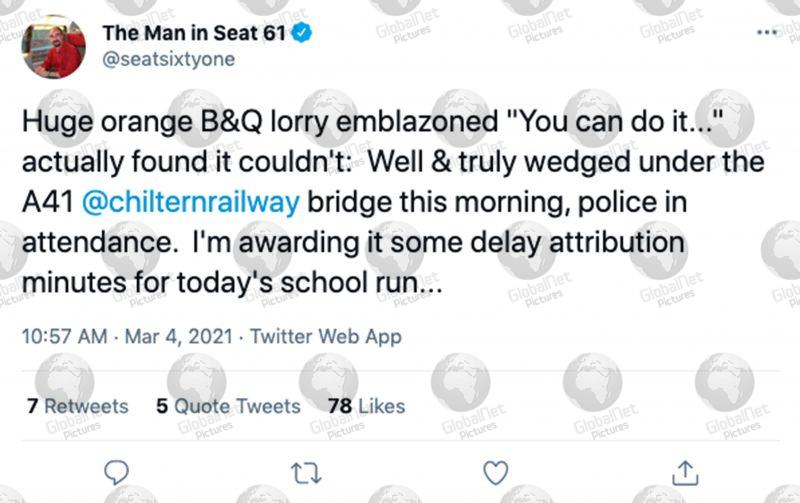 B&Q and Network Rail have been approached for comment and Thames Valley Police said the driver had been “reported” but did not provide further details about the incident apart from that police believed the road had since been cleared. 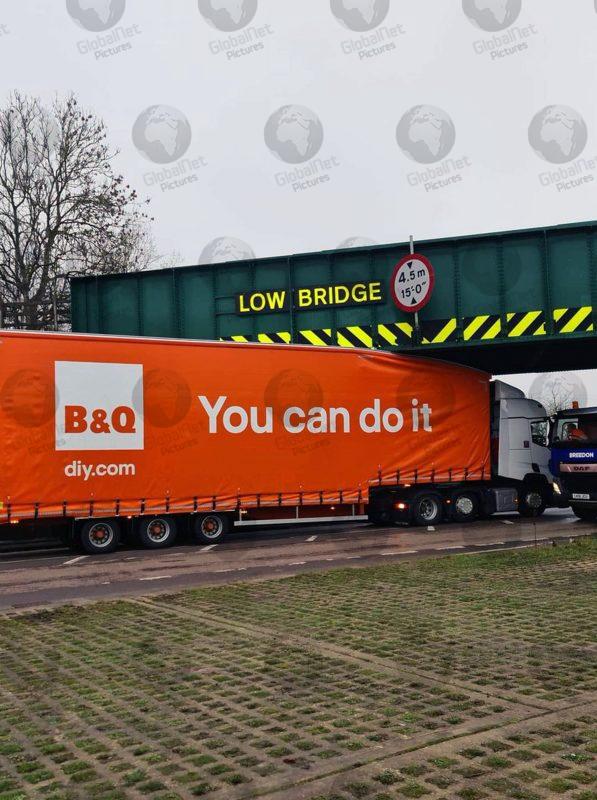