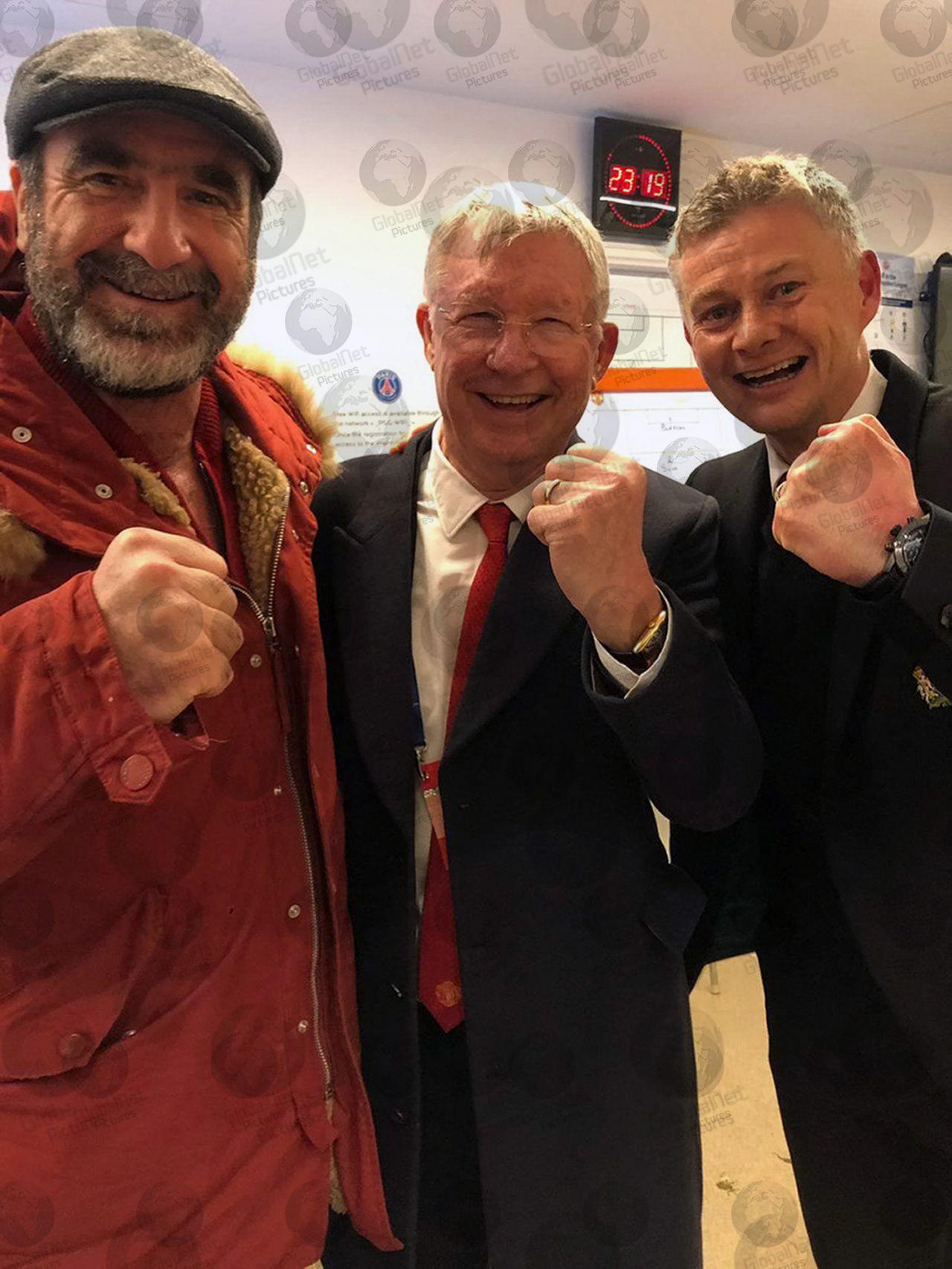 Eric Cantona (left) and Sir Alex Ferguson (centre) join Man Utd manager Ole Gunnar Solskjaer (right) tonight to celebrate their 3-1 victory over Paris Saint-Germain which sees them go through against the odds to the quarter-finals of the Champions League, overcoming a first leg 2-0 deficit.

This picture of the former legendary manager and striker enjoying the moment with former supersub Solskjaer was posted tonight on Man Utd’s “open” official Twitter feed.