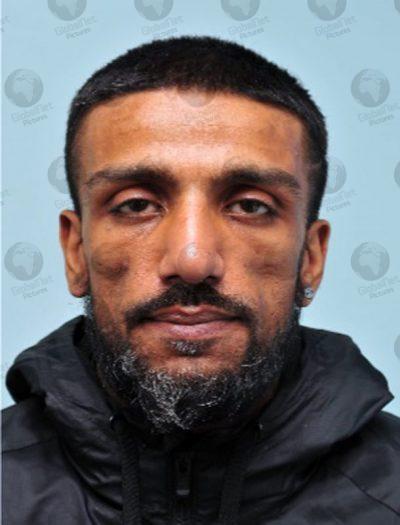 Police looking for convicted sex offender Zahid Younis found the bodies of two women hidden in a chest freezer in his flat.

Their bodies were found in a freezer at Younis’ home in Canning Town on Saturday, 27 April 2019.

Younis had previously pleaded guilty to two counts of preventing a lawful burial.

Detective Chief Inspector Simon Harding, Specialist Crime, said: “This has undoubtedly been a complex case – the conditions in which both women were found were extremely challenging and I commend the extraordinary work of the forensic experts who helped us piece together the injuries they suffered and retrieve as much evidence as possible.

“I also have the highest praise for the officers who went to Younis’ flat that day – it was a good old-fashioned police hunch that made them force open the freezer, intuition that something just wasn’t right.

“I pay tribute to the victim’s families for their bravery, it must seem incomprehensible that their loved ones have lost their lives and then been found in such awful circumstances.

“Younis is a violent, manipulative man with a history of abusing and controlling vulnerable women, often with transient and chaotic lifestyles like Mihrican and Henriett. However they lived their lives, these women had families, friends, people who cared about them and they died in a truly awful manner. 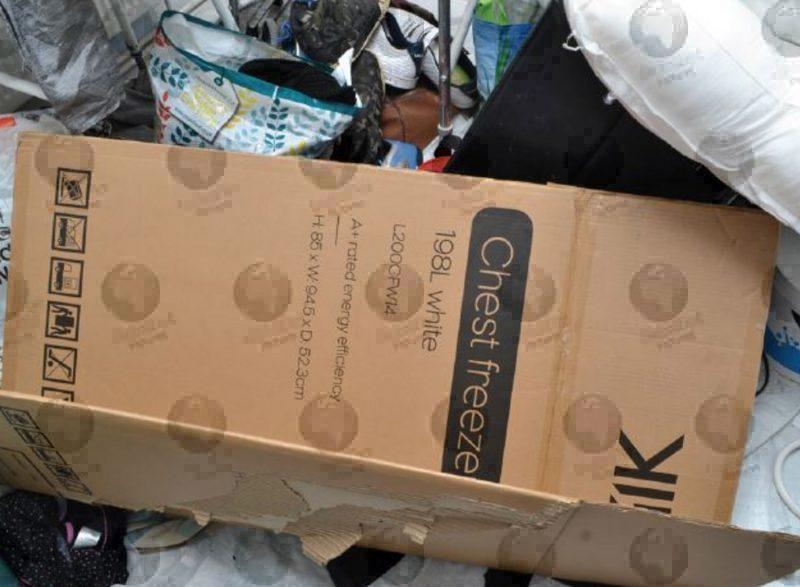 “Younis’ actions are repugnant to us all. He lied throughout the trial, fabricating a story about how others had been responsible for both deaths; something he only came up with once he had heard the prosecution case against him. I am thankful the jury carefully considered the weight of the evidence against him and have convicted him today.”

Cops turned up at Younis’ flat on Friday 26 April 2019, after a friend reported he was missing and she was concerned for his welfare. There was no answer and officers returned the following day. They forced entry and searched the address. 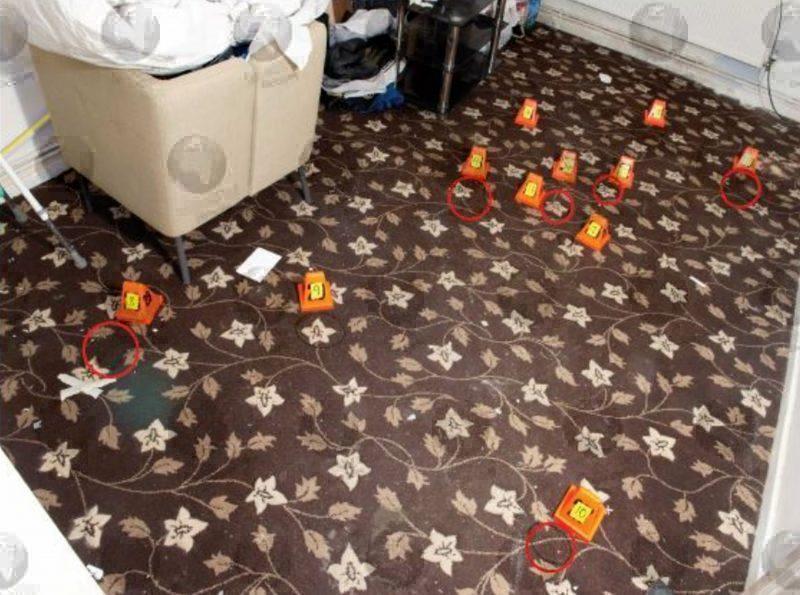 In a small cupboard containing a gas and electricity meter they discovered a small chest freezer. It was locked with items stacked on top and flies were hovering around the freezer.

An officer forced it open with a crowbar and saw a large frozen shape and a foot in a grey Superman sock. It was the remains of Mihrican clothed and wrapped in plastic and a bed sheet. She was subsequently identified by a distinctive tattoo on her wrist; and later through familial DNA. Police launched a murder investigation.

The chest freezer was removed from the scene and taken to Walthamstow mortuary where it was x-rayed. This revealed the body of another woman – Henriett – beneath Mihrican. She was wearing pyjamas and wrapped in a sleeping bag and then plastic; which was later established to be the packaging the freezer came in. 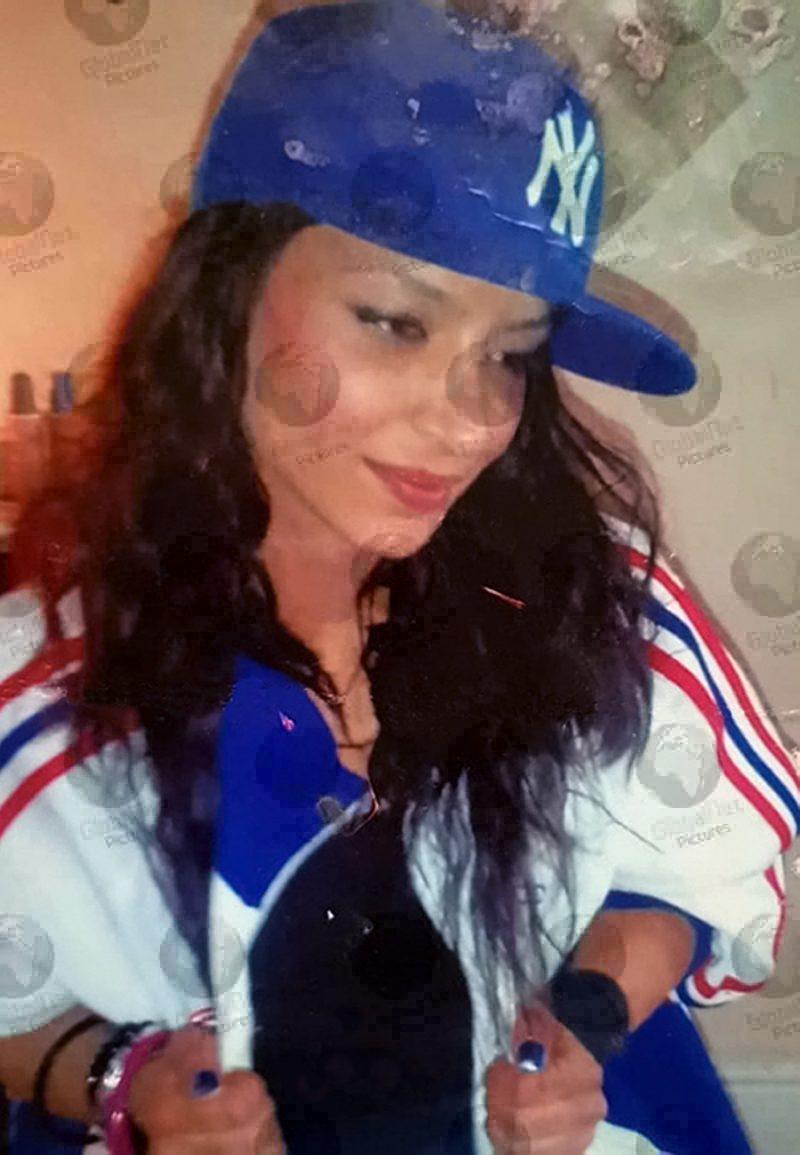 Mary Jane Mustafa, 38, also known as Mihrican Mustafa and MJ, a mother-of-three, who disappeared in May 2018 and ended up as one of the bodies of two women found in the east London flat of convicted sex offender Zahid Zounis

The condition of the bodies meant full examination was difficult but each of the women had sustained multiple injuries. Henriett had head injuries and Mihrican’s sternum and larynx were fractured. Both women had numerous rib fractures. Full causes of death could not be ascertained. 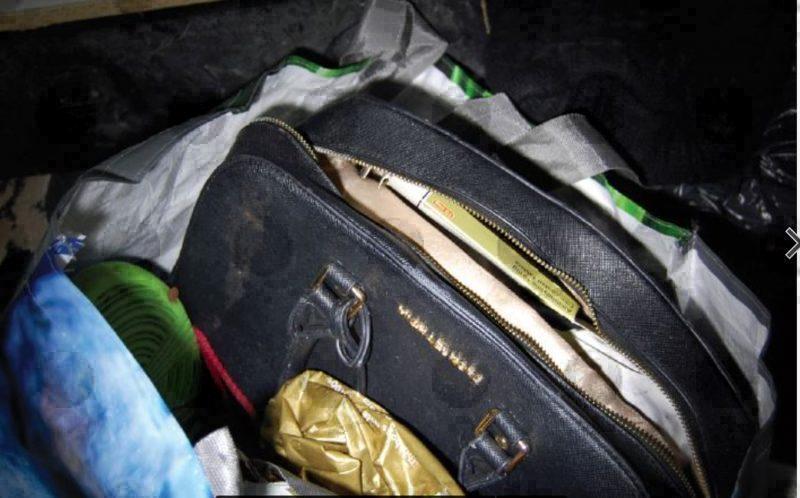 Henriett had not been seen for nearly three years while Mihrican had been reported missing almost a year before. Both had been associated with Younis in the time leading up to their disappearance. 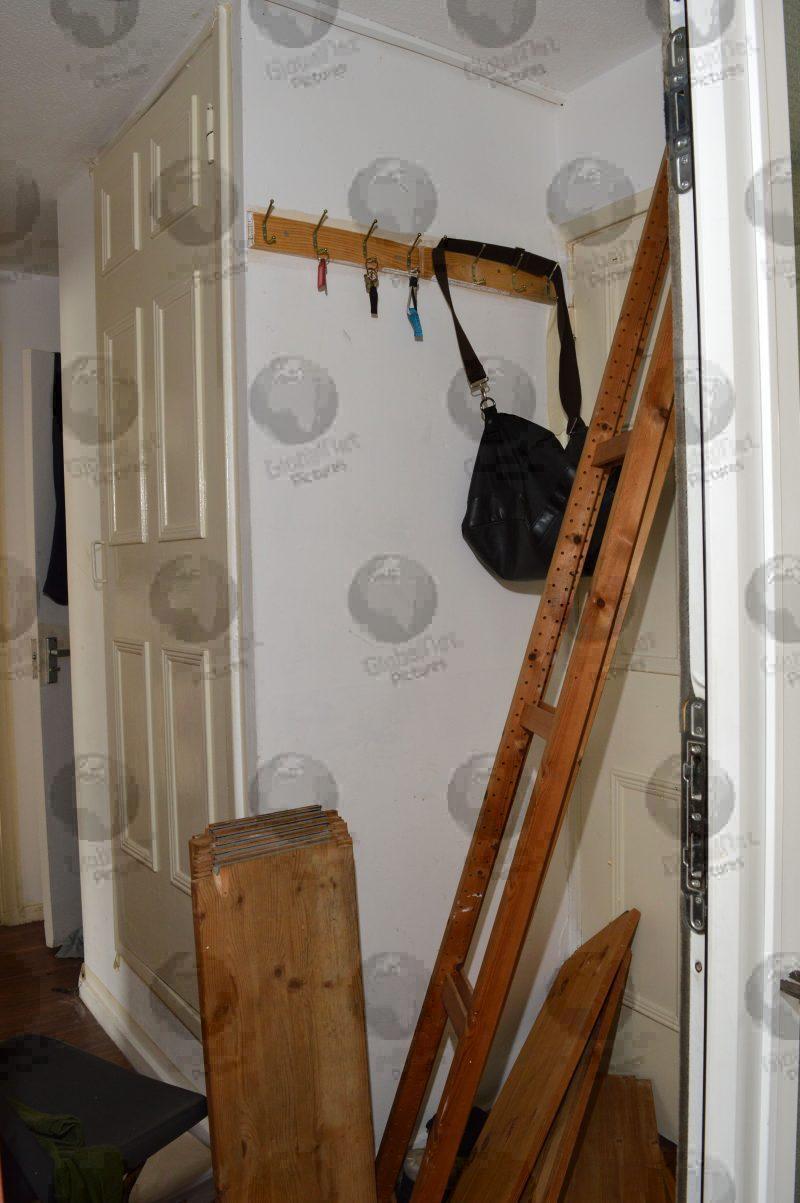 Both Henriett and Mihrican were vulnerable women living chaotic lifestyles, with periods of homelessness and drug addiction. 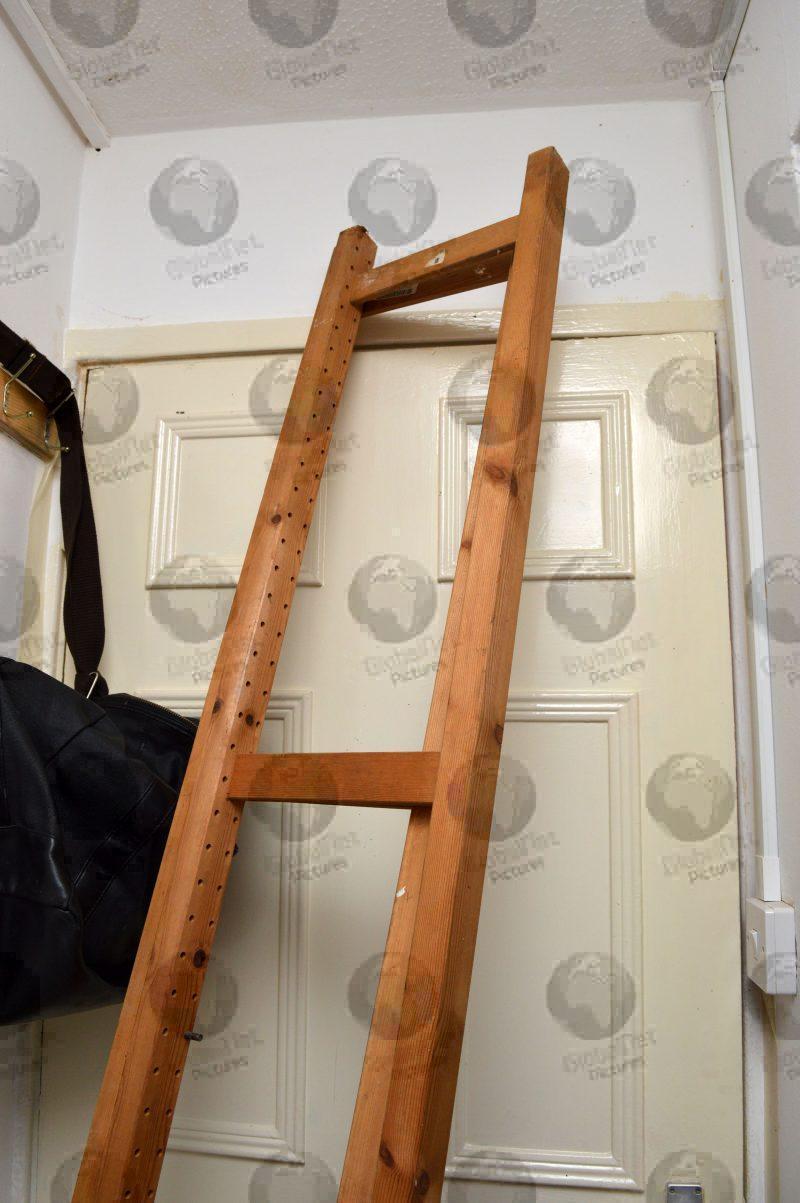 Henriett was a Hungarian national who came to the UK in 2012 and again in 2014. She’d had a number of abusive partners and suffered some mental ill health. She met Younis in January 2016 and moved in with him in March 2016. They were seen together in the local area, often arguing. Some notes later found suggested Younis was violent and controlling towards her. She wrote she wasn’t allowed in the kitchen anymore and needed to show him respect and “follow the things point to point what he says”. 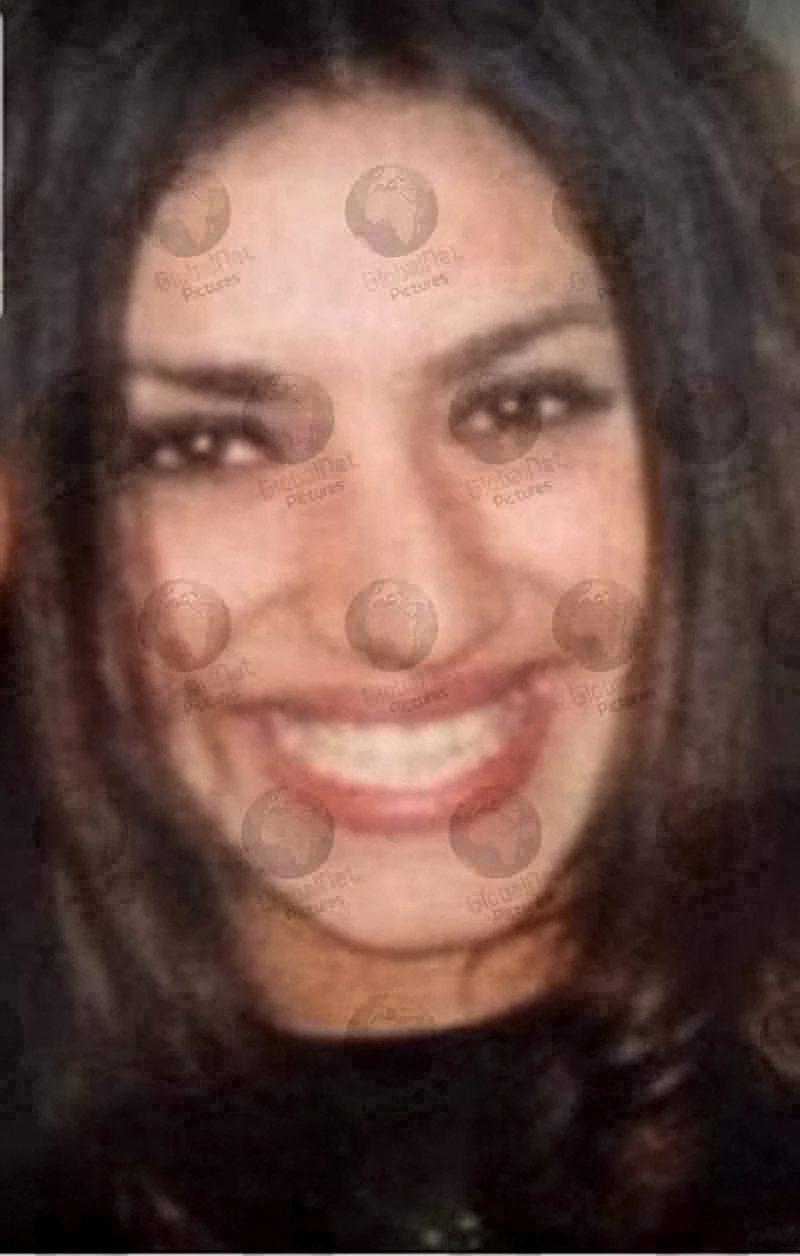 The last sighting of her was on 29 August 2016 but it’s thought she died close to 11 November 2016 when Younis bought the freezer, which the prosecution said was for the sole purpose of disposing of her body. He paid £169.99 for it in cash from Curry’s in Beckton that afternoon. 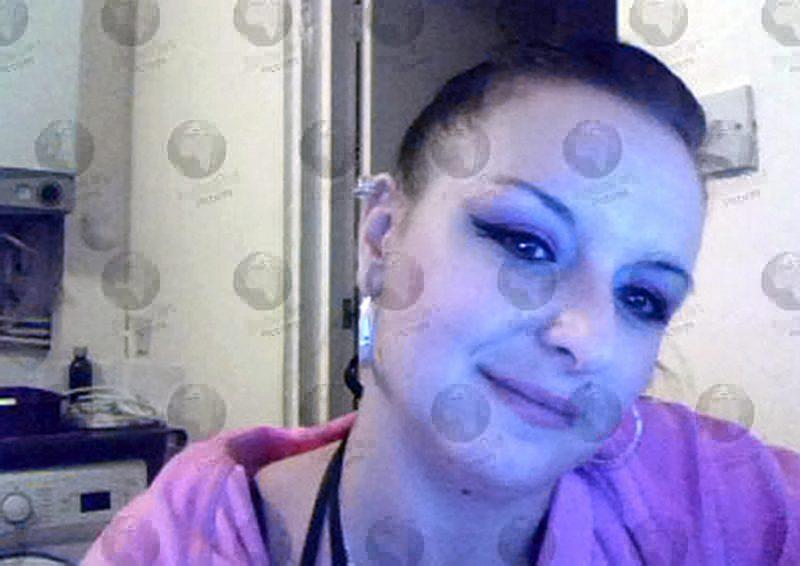 Mihrican was last seen alive in early May 2018 and reported missing by her sister on 10 May. She had previously been seen with Younis in the local area and leaving his flat, and phone evidence showed they had been in contact. 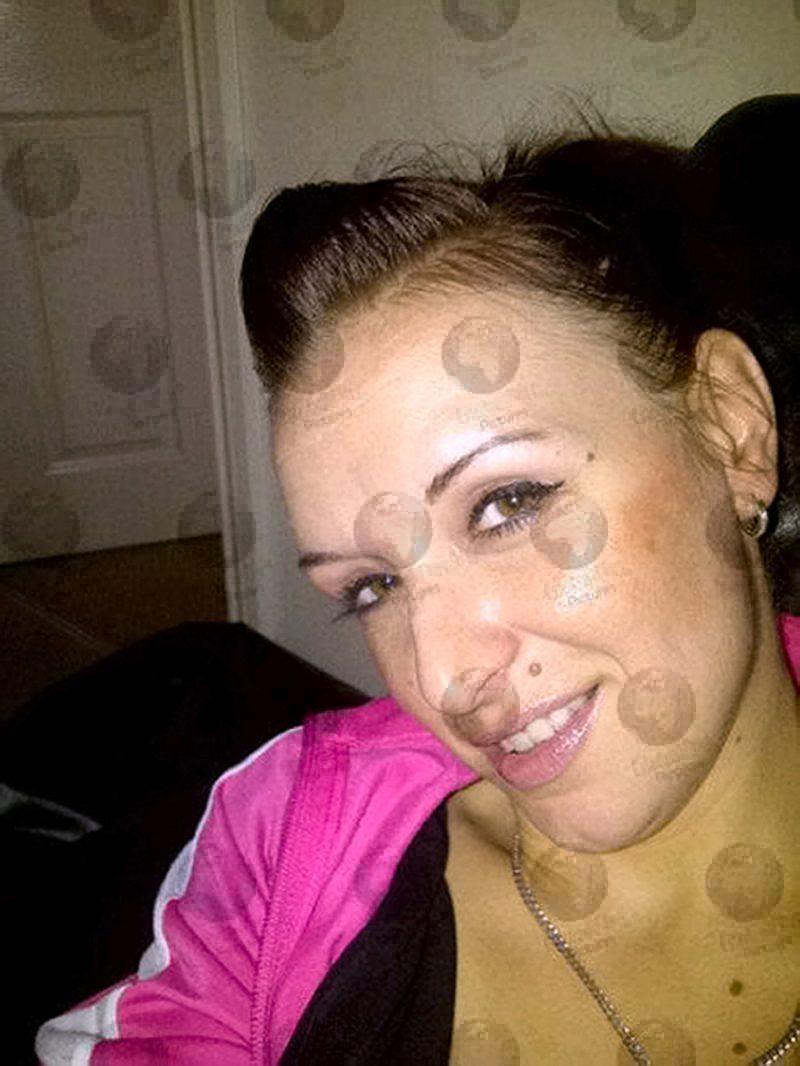 In May or June 2018 Younis had his carpets removed and wooden flooring installed in his flat. 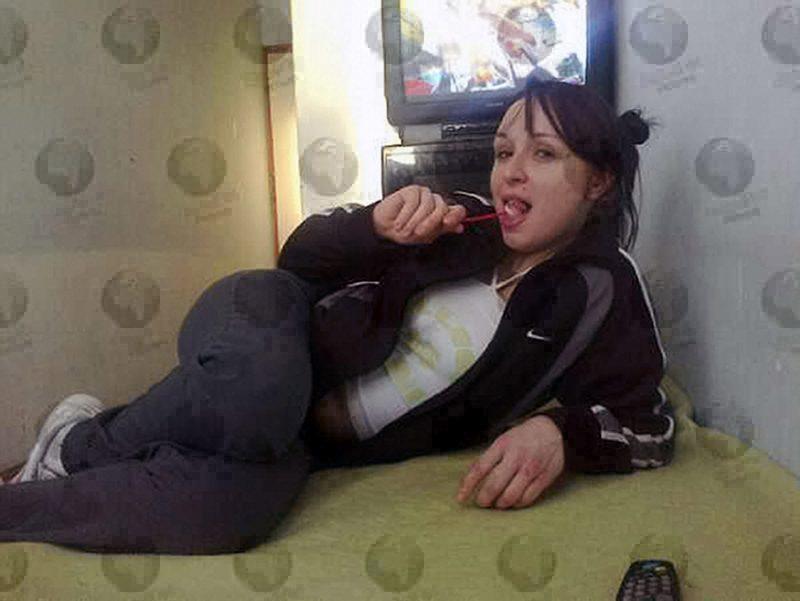 Police searches of Younis’ address found property belonging to both women. A fingerprint from Mihrican was found in the kitchen and blood from Henriett on the bedroom carpet as well a section of carpet that fitted the living room and hall stored in a shed.

Younis had been in prison between September and November 2018 and his electricity supply disconnected, contributing to the decomposition of the bodies in the freezer and causing a foul smell. An electricity engineer attended on 11 April 2019 to clear the debt on the meter and Younis came to the door holding a can of air-freshener. The engineer noticed the bad smell. Younis sprayed the air freshener before he let him look at the meters, which were next to the chest freezer. 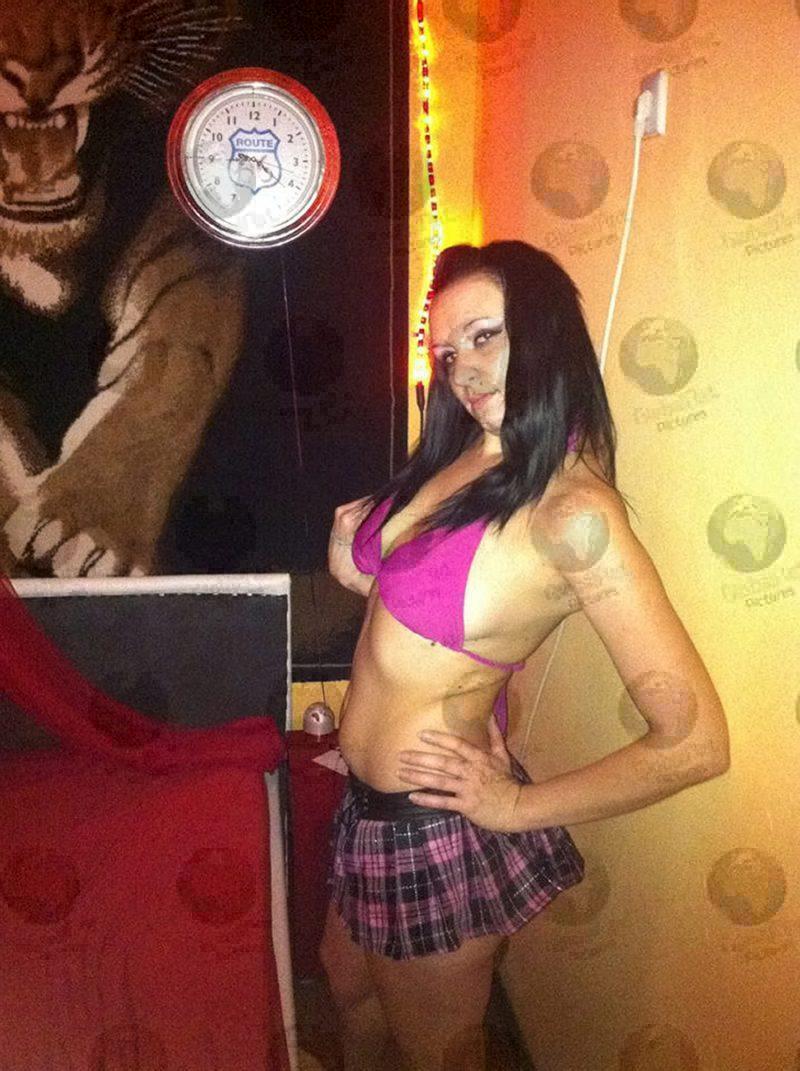 Shortly afterwards Younis abandoned the property and made off.

Following extensive enquiries he was arrested on 30 April 2019 in west London getting into a taxi. He told officers: “It’s my house, it’s my problem. No one else is involved.”

He was charged initially in May 2019 with two counts of preventing the lawful and decent burial of a dead body and in February 2020 with murder. 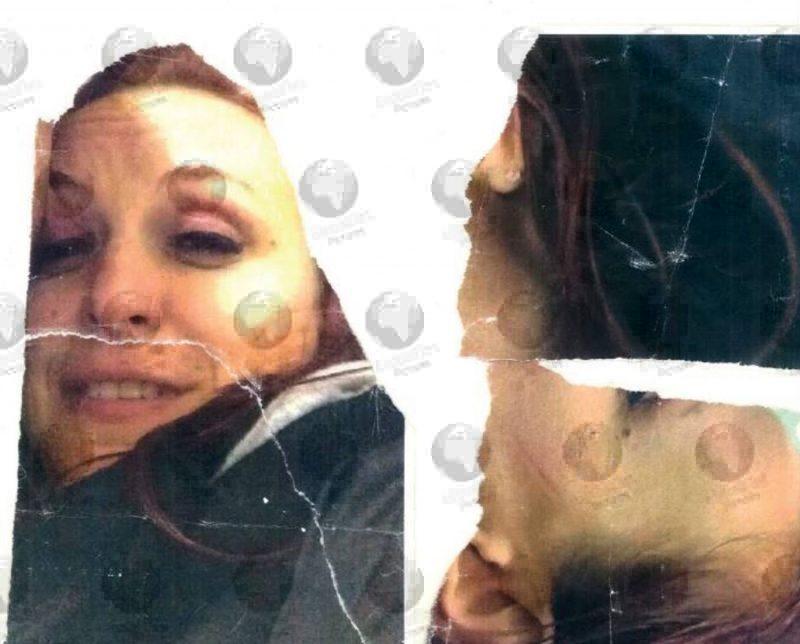 A ripped up picture of murder victim Henriett Szucs, 34, that was found in the flat of Zahid Younis

Following his conviction the family of Mihrican said:

“Jan’s death has changed our family forever. From the moment we found out that she was missing, we spent every moment of every hour looking for her and we never for one minute gave up.

“When Jan didn’t come to her daughter’s birthday, she wrote:

“’To mummy – Please come back I really miss you. You missed my 11th birthday party (it was the worst party ever) I sat in the corner crying my eyes out looking at your pictures and reading your poems while in my head screaming, “where are you! Please mum, come back home.’

“Deep down I knew something wasn’t right because you would never leave your children. They were your world.

“The call from the police will never be forgotten, hearing them words confirming they found my Jan was never real, I still don’t believe it. The moment we told my Auntie and Jan’s children, with an ambulance on standby, breaks every part of me; seeing the pain and tears in their eyes.

“She was a gentle being, who still had her whole life ahead of her, to live and watch her children grow. My heart deeply goes out to her children, who are the strongest people that I know. The grief that they are going through compares to no other pain.

“Our family have lost a precious jewel; my Aunt Mary Jane Mustafa was an incredible Aunt, Mother, Sister and Daughter to her family.

“Jan was a fantastic mother. She adored her children. She loved to dance. She was artistic. She was creative. She was beautiful. She was friends with everybody and very funny. She celebrated life. She was optimistic. She never said anything bad about anybody. She would give her last penny to someone in need. She was an angel. She is an angel.

“Sister my angel. God has given you your assignment. Always my sister, forever my angel, you fly into my dreams when I’m asleep. I feel your wings brush against my face, wiping away the tears I shed since I can no longer hold you in my arms, but only in my heart.”

“The trial is over, justice has been done. ‘Closure,’ they say. Never. It will not bring my Jan back. I love you my Tilly and I know you are with me.”

The following statement was written on behalf of Maria, Henriett’s mother:

“Maria, Henriett’s mother, has been hugely overwhelmed by the death of her daughter. Not only because she was murdered but because it happened in another country. A country where she doesn’t know the law or know the police investigation and court processes.

“Maria lost touch with Henriett when she came to the UK but that only exacerbates her grief. The fact that Henriett lay deceased in a freezer for two and a half years with no-one looking for her or realising she was missing, torments Maria on a daily basis.

“The inner turmoil she suffers is as you would expect for a mother mourning the death of her child and to make matters worse, she hasn’t been able to see her or lay her to rest. This is most unimaginable for any family member but particularly a mother.”