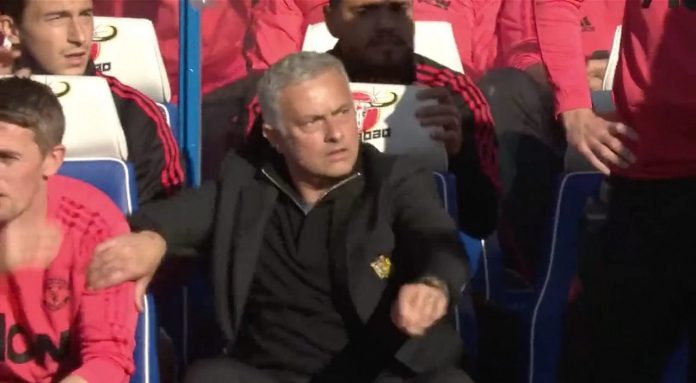 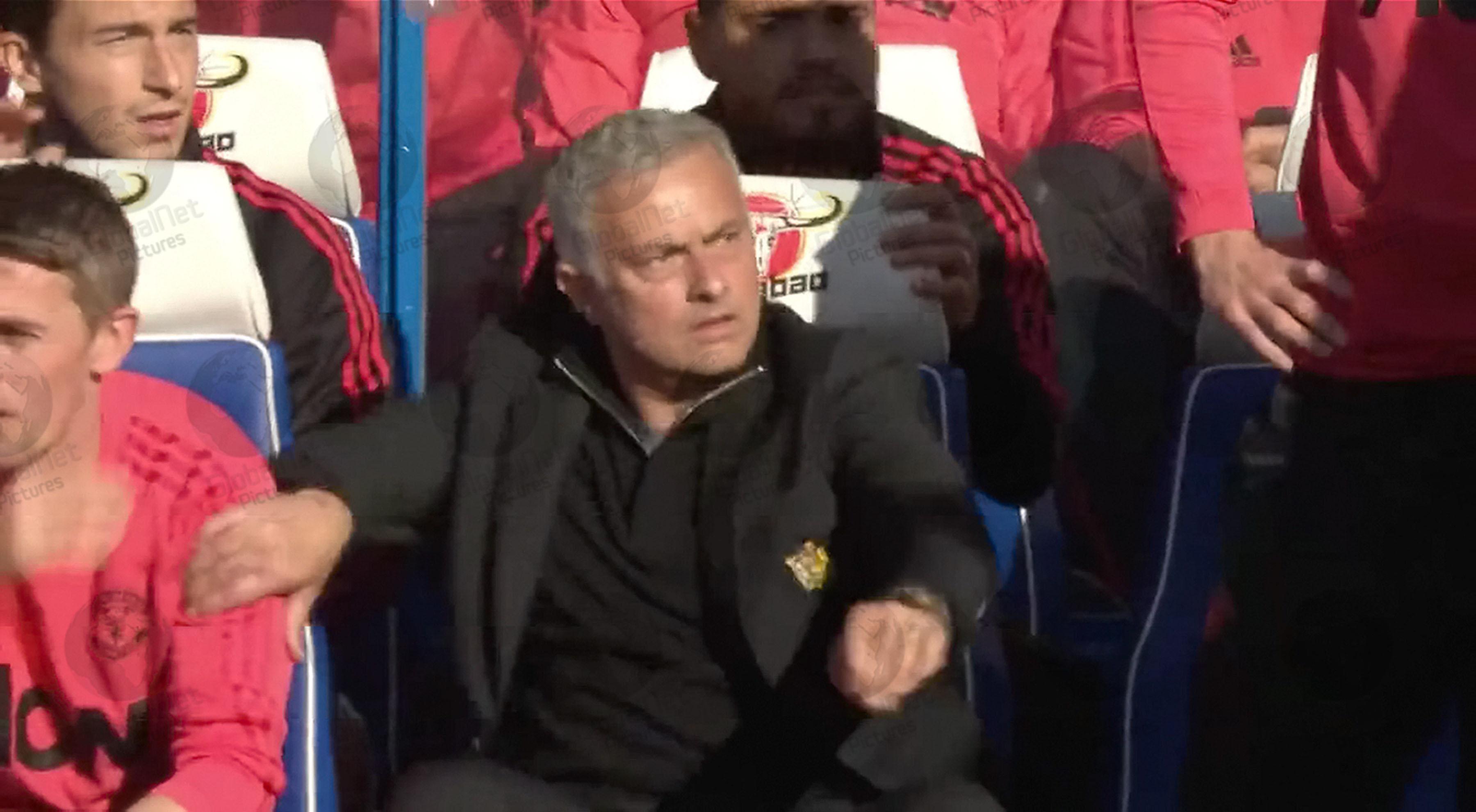 Ianni not only waved his arms in front of Mourinho once but turned round and ran past him doing it again which incensed Mourinho (shown here) and led to a furious touchline bust-up where Mourinho had to be retrained from trying to confront Ianni.