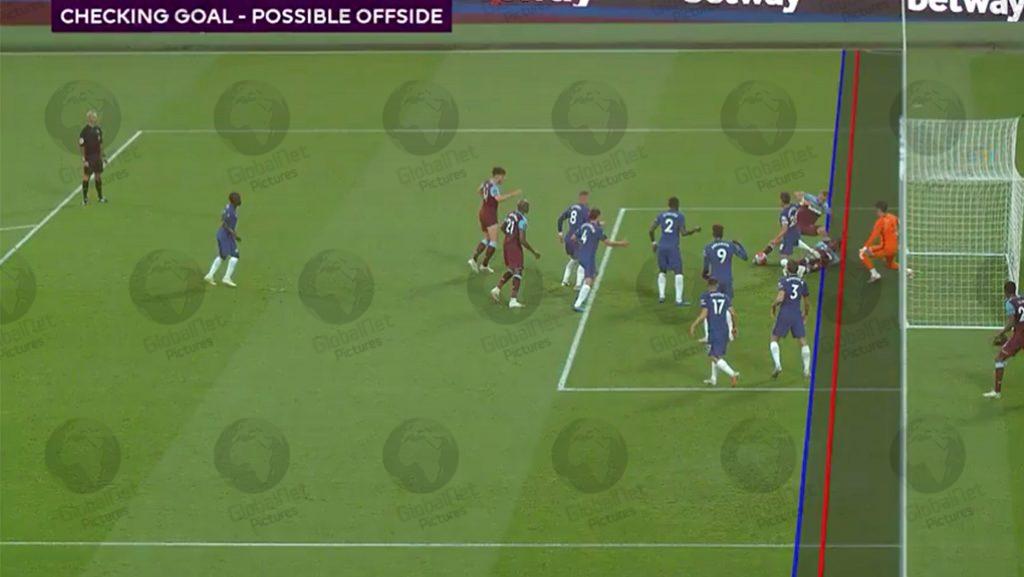 West Ham were robbed tonight with a VAR-cical decision.

Prone striker Michael Antonio is either penalised for obstructing the goalkeeper’s vision or his head is deemed offside as Tomas Soucek dinks the ball home over Antonio for what should have been the goal that put West Ham 1-0 up against Chelsea in the Premier League match at the London Stadium.

Instead VAR took ages to make a ridiculously terrible decision and rule the goal out as everyone watching the game apart from die-hard Chelsea fans was stunned the goal was chalked off for no obvious reason. 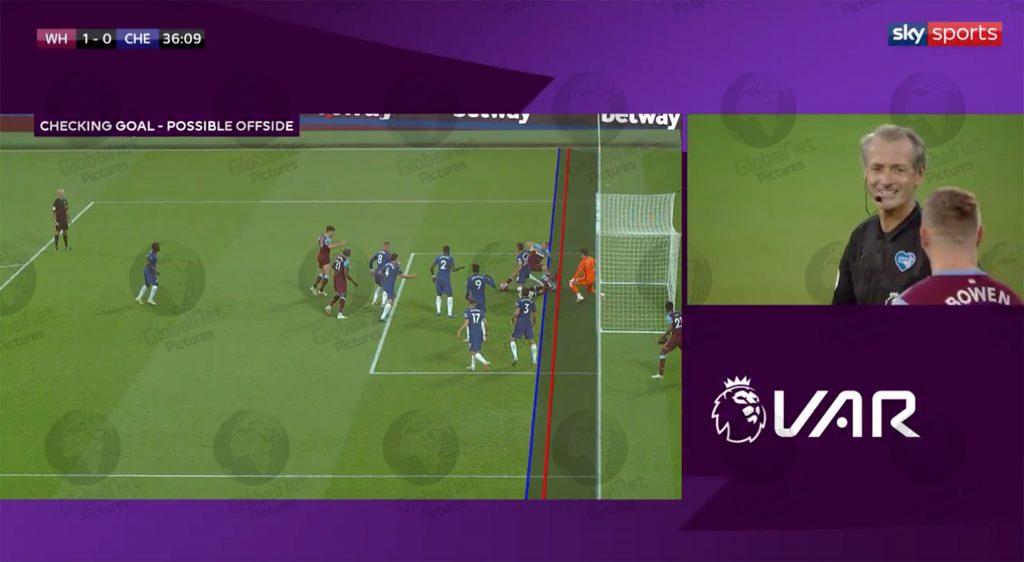 It could cost precious points that could see West Ham relegated at the end of the season – shown tonight live on Sky Sports. 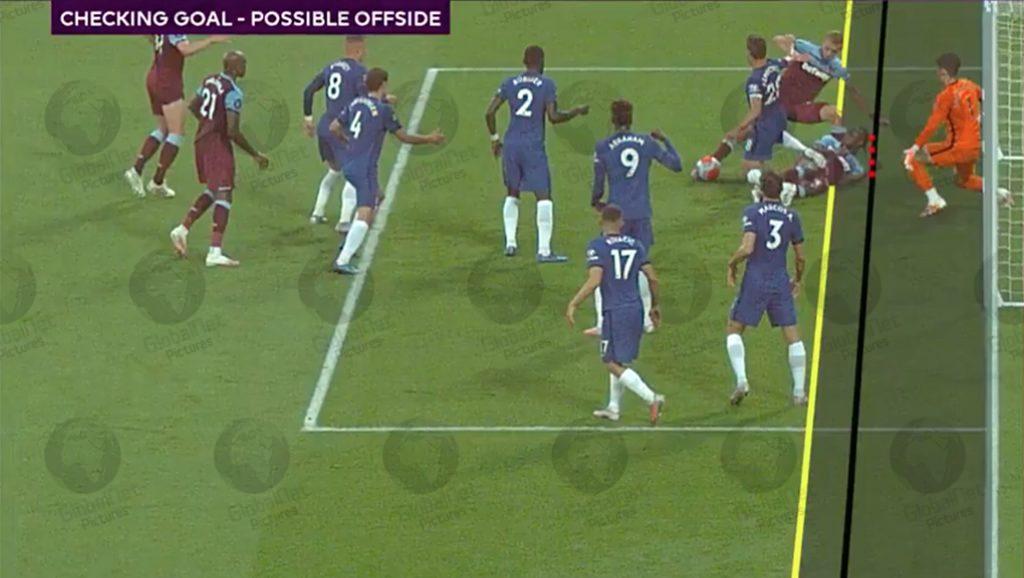