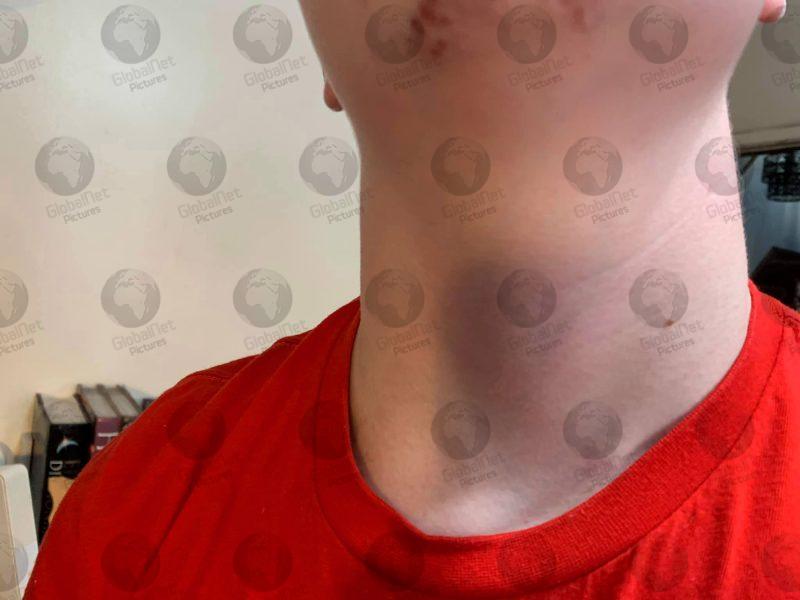 A mum is appealing for help to identify a driver who attacked her 14-year-old son, leaving him with severe bruising to his neck when he was playing with his friends kicking a plastic fruit shoot bottle along the street which accidentally struck the man’s silver/cream BMW.

The incident took place at about 3.15pm in Beacon Way in Walsall Wood in the West Midlands yesterday (Tuesday).

Helena-Leenie Clarke is appealing for witnesses to the assault on her son and has reported the attack to police.

She said her son immediately went over to apologise to the man for the plastic bottle hitting his car, which caused no damage, and even offered to pay for any potential damage caused, but the man pulled over and threw the plastic bottle back at her son, which fortunately missed him. 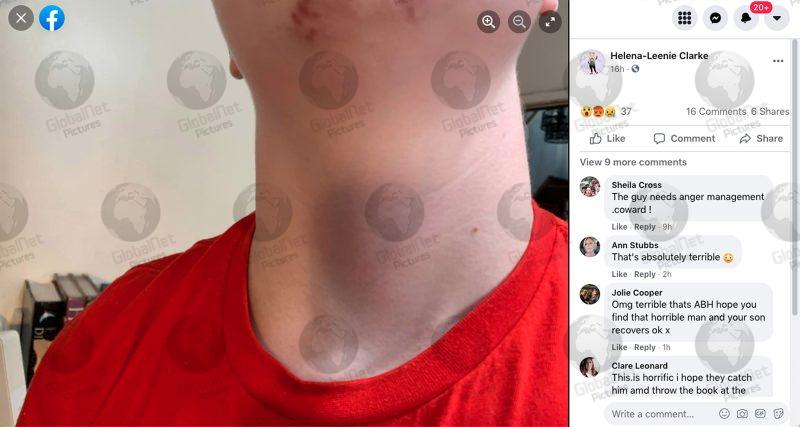 The man, described as in his late 30s, bald, chubby, about 5ft 9 with a goaty beard, then grabbed her son and threw him against a fence before strangling him and lifting him off the ground by the neck with his left hand causing the severe bruising.
Helena has posted an appeal to find the violent bully on Facebook in which she said his BMW had dark windows but her son and his friends noticed there was also a small girl aged about five inside the vehicle who witnessed the attack.

Helena also posted a picture showing the injuries caused to her son and photos of the scene where the attack took place. 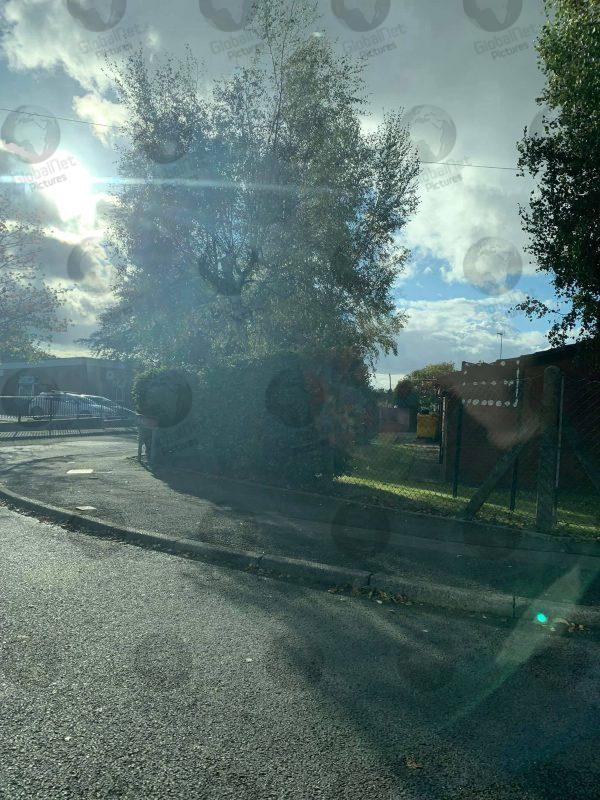 She wrote: “The car was travelling up beacon way and turned left along Druid’s walk. My son was distraught because he genuinely tried to apologise and could have easily run off but he tried to be honest. He is 14. We are appealing for witnesses . 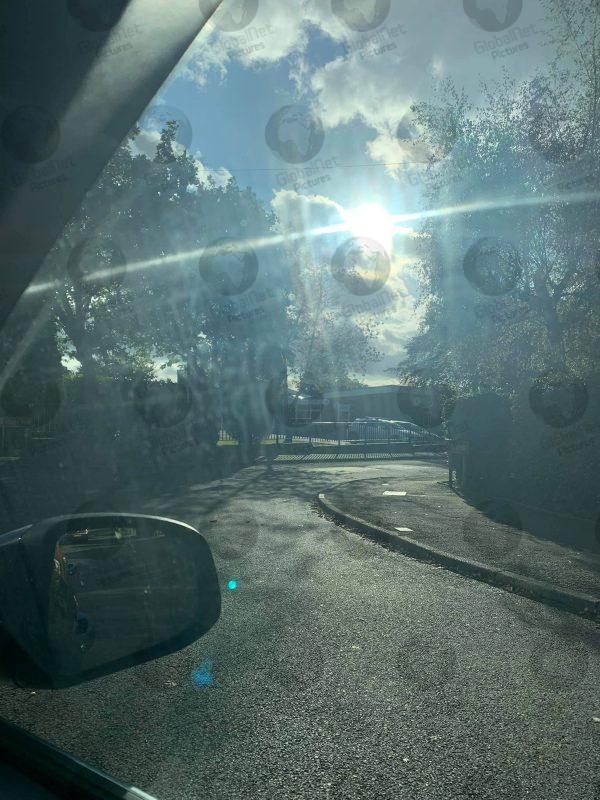 “Whilst I understand that the man was upset, there was no damage to the car, the use of such force when the child was honest and apologetic does not set a good example.

“The school and police have been notified. Any information would gratefully received especially as this man is capable of such violence in front of his daughter. My son is distraught.”

Helena has received hundreds of reactions to her post that condemn the extreme violence and demand that the man must be caught. 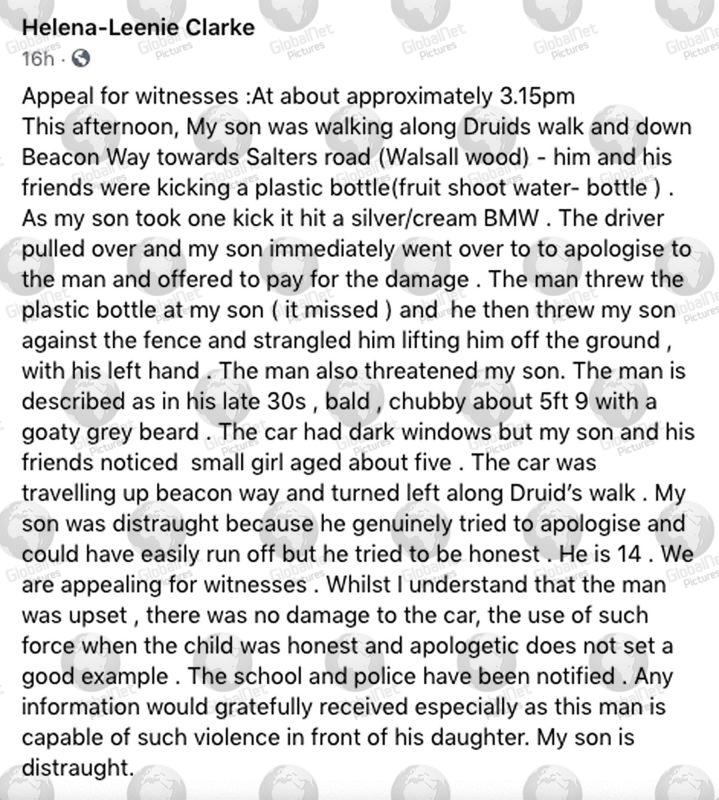 People have suggested she checks CCTV cameras nearby and on neighbours driveways to see if he can be identified that way.
Samantha Harris posted: “I am so sorry this happened to your son. He must be so traumatized. Hope he recovers quickly. X”

Another mum, Deanna Jones, witnessed the attack and posted this message to Helena: “I saw this, I was putting my children in the car at the time and was about to run over to make sure your son was okay but by time I got them all in he was gone, I heard all the shouting and it was disgusting what he did, sorry I couldn’t help I had small children with me that I didn’t want to witness it but If you would like to inbox me. Hope your son is okay x” 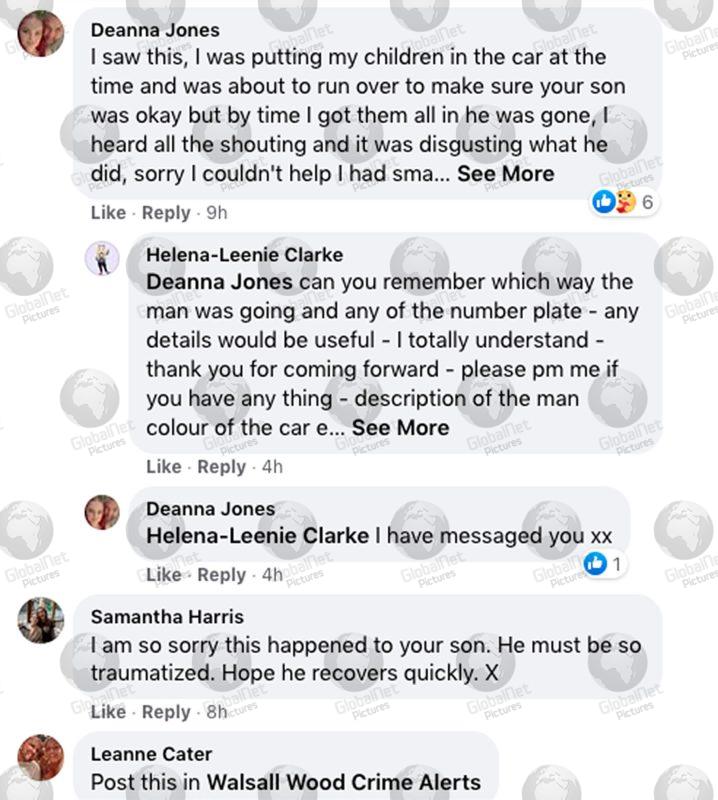 Police looking for ‘petrol and a pair of trainers’ after body...