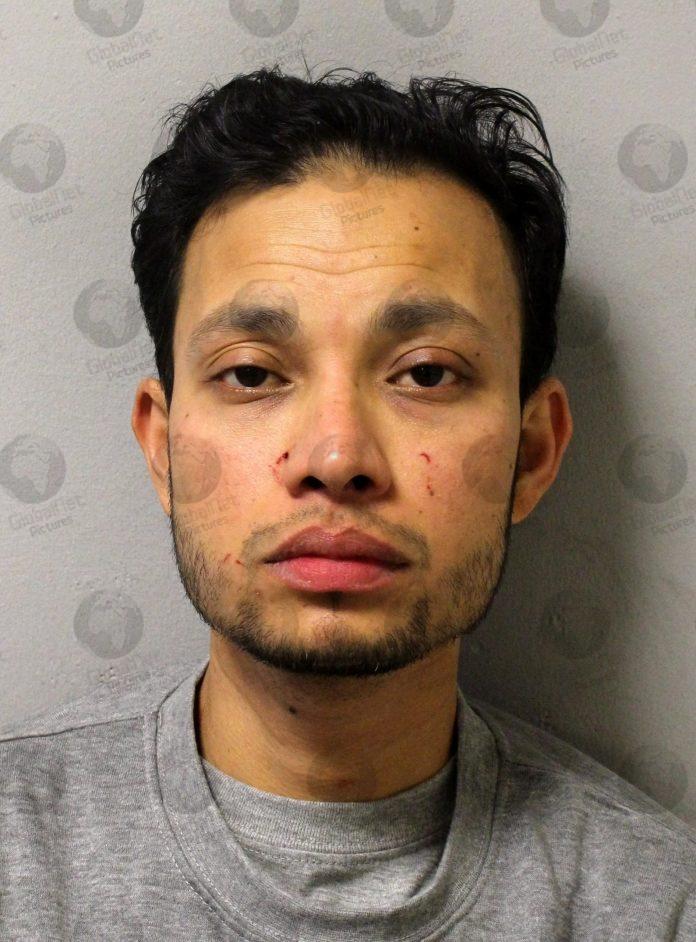 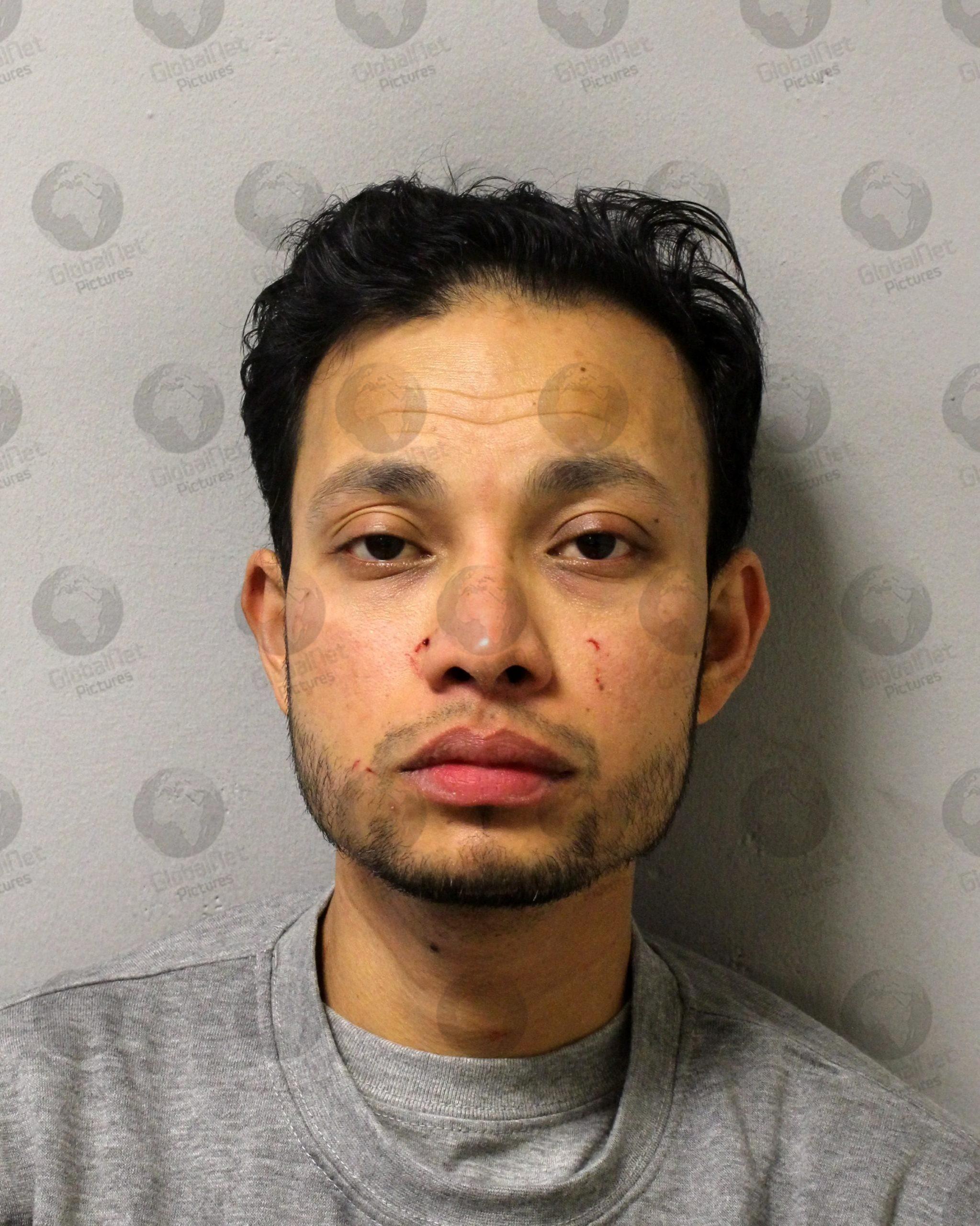 Jealous husband Mohammed Anhar Ali, 32, killed his wife and then went to sleep upstairs in the family house with their children before dialling 999 and calmly making himself a cup of tea as he waited for cops to arrive.

In a recorded audio clip of his 999 call Ali claims he accidentally killed his wife by strangling her with a scarf.

“I need police and ambulance,” he says.

“Accidentally I killed my wife. With a scarf. I hold her neck.”

The operator then asks him: ” You strangled her with her scarf?” and he replies “Yeah.”

Ali, of John Cartwright House, Old Bethnal Green Road, east London, pleaded guilty at the Old Bailey yesterday to killing his wife, Nazia Begum Ali, 25 in a brutal and prolonged attack at her home last year and will be sentenced on April 17.

Police attended the murder scene in Ellesmere Road, Bow, east London, minutes after the phone call was made at around 5.50am on Monday, 22 October last year. Ali was drinking a cup of tea and fully dressed when he answered the door to police and led them to the living room where Nazia’s body was found lying on the floor.

Ali again admitted he had killed his wife and asked the officers to be quiet as his two young children were sleeping upstairs.

Ali was arrested on suspicion of murder and taken into custody. Forensic tests revealed that Nazia had been dead for a number of hours before police were called to the address and, during interview, he said he had killed Nazia sometime around midnight.

Police discovered that in November 2017, Nazia had made the decision that their two-year marriage was over and wanted a divorce. Ali had refused the divorce. The couple separated but Nazia remained in their marital home in Ellesmere Road from Monday to Friday.

On the weekend she would take her two young children, the eldest child from a previous relationship, to her mother’s house.

Nazia had begun seeing another man in April 2018. Despite the fact Nazia and her husband had been separated since November 2017, he accused her of having an affair and cheating on him.

On Sunday, 21 October 2018, Nazia was staying at her mother’s address when Ali visited her that morning. He was overheard by Nazia’s sister finally agreeing to a divorce and repeatedly asking if she was returning home that evening.

CCTV and a shop receipt later recovered by police showed that, after leaving Nazia’s mother’s house, Ali visited a shop in Bethnal Green Road to buy two knives, rope, a hammer and a screwdriver.

He then went to Nazia’s address and hid in a cupboard, waiting for her to return home. A pathologist established that Nazia received bruising and lacerations to her upper neck and face, fractured ribs, perhaps caused by a knee to her chest, markings to her ankle and lower shin that implied she was tied up for a significant period of time.

Detective Sergeant Jake Ellis of the Homicide and Major Crime Command, who investigated the case, said: “The breakdown of this relationship is what triggered Ali’s ill feelings towards Nazia. He could not deal with Nazia moving on, and another man being part of his children’ lives.

“However, to take such ruthless and detrimental action that deprives two small children of their mother is heartless.

“I hope this verdict brings some comfort and closure to the Begum family, who sadly must now raise Nazia’s children without her.

“The circumstances of this incident are chilling and Ali must now face the consequences of his actions.

“We remain committed to bringing perpetrators of domestic abuse to justice and we will continue to support the Begum family as they attempt move on with their lives.”

Nazia’s mother, Janahara Begum, said: “The day Nazia died was the worst day of our lives. Our hearts are broken beyond repair; we will never be the same again. He took away, not just my child, but a mother, a sister, a niece, a granddaughter, a cousin and a friend.

“I have to listen to my grandchildren hold each other and cry for their mother every day. How do I explain to a three year old that her mother is dead? That my child is dead?

“Every day, when the children ask me when their mother will come back from heaven, my shattered heart breaks a little more.”