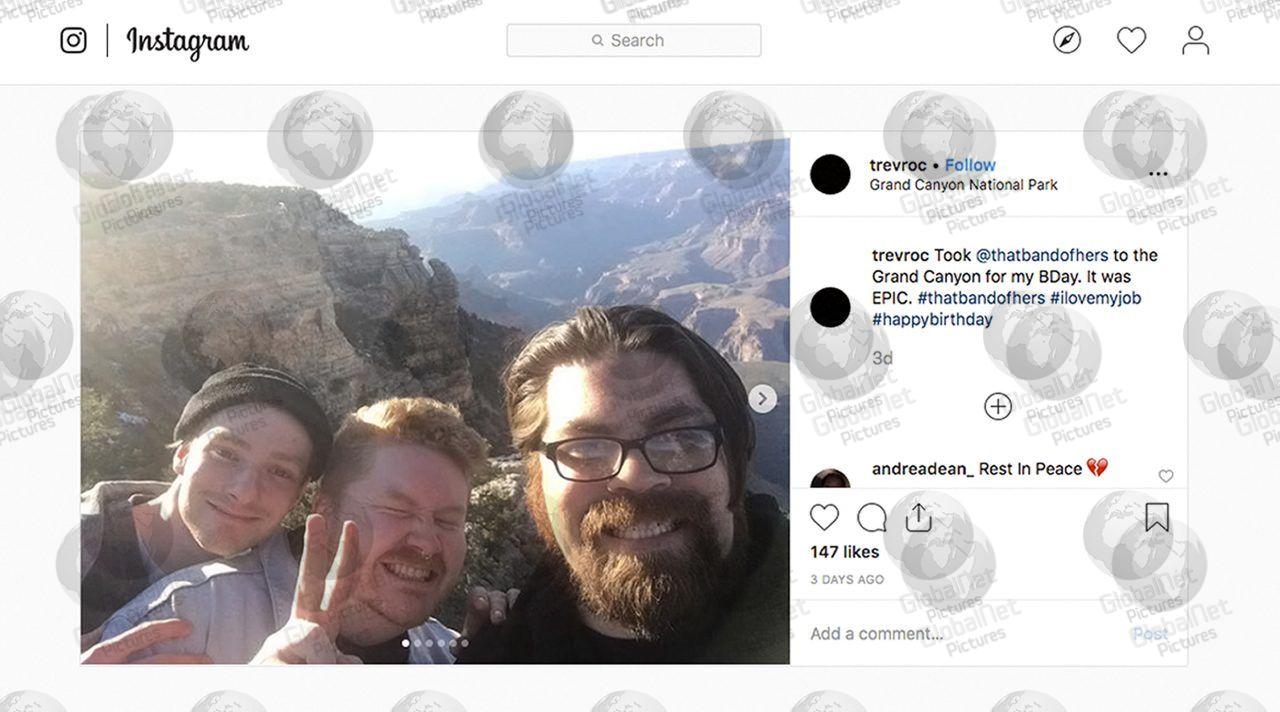 These are the last pictures of Liverpool indie band Her’s, who were killed on their US tour when their 15-seater tour bus struck a Nissan pick-up truck being driven the wrong way down a motorway.

Musicians Stephen Fitzpatrick (left) and Audun Laading (centre) and their American tour manager Trevor Engelbrektson (right), were killed in the crash along with the driver of the pick-up, according to reports.

Police said they responded to reports of a pick-up being driven the wrong way down Interstate-10, but the head-on smash happened before they could reach the scene on what was described as a ‘remote stretch of highway’ around 80 miles from Phoenix, near the settlement of Centennial in La Paz County.

Both vehicles burned following the crash which police said yesterday made it difficult to identify the victims. 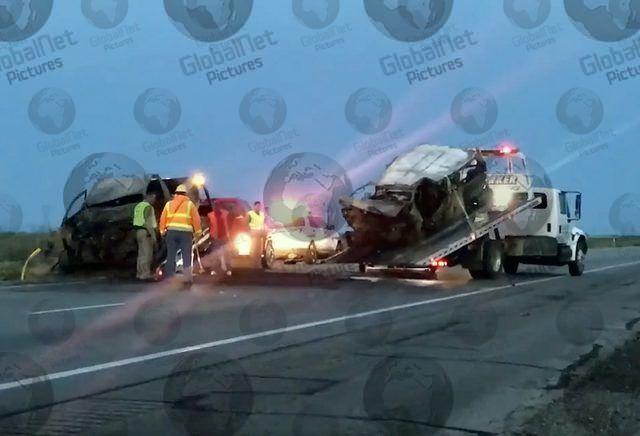 The vehicles involved in the crash which killed Liverpool indie band Her’s being removed from the scene as posted on Twitter@ANITAROMANFOX10.

Officers said evidence of alcoholic drinks was found in the wreckage of the vehicles, but stated it was too early to say if drinking had played a part in the crash.

Police investigating the crash said the scene left them shocked, with police spokesman Kameron Lee saying there was no evidence either vehicle had braked before the impact, which happened on a stretch of road with two lanes going in each direction separated by a central reservation.

‘This is something the troopers investigating will never forget,’ said Mr Lee. 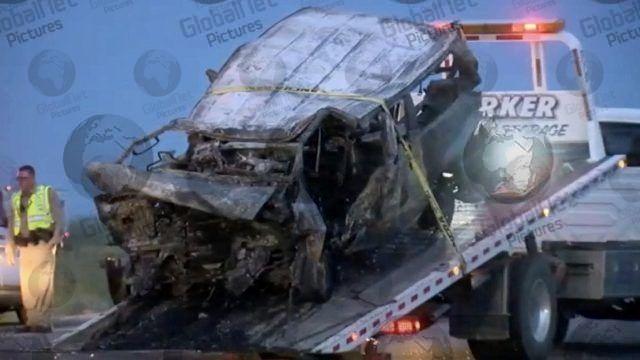 The band Her’s posted a poignant final message saying it was ‘almost time for home, the tour has gone swimmingly’ just hours before they were killed with their manager in the crash. 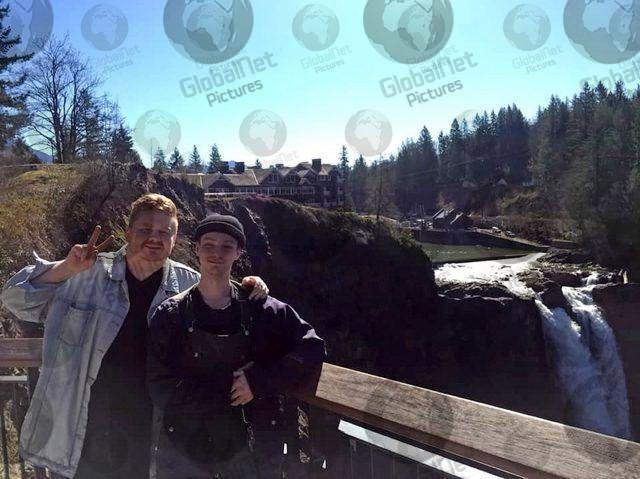 Liverpool indie band Her’s posted this picture and a message saying it was ‘almost time for home, the tour has gone swimmingly’ just hours before they were killed in the crash

The band had played a gig in Phoenix, Arizona, on Tuesday evening and were heading 350 miles west to perform in Santa Ana, south of Los Angeles, California, when the crash happened in the early hours of Wednesday. 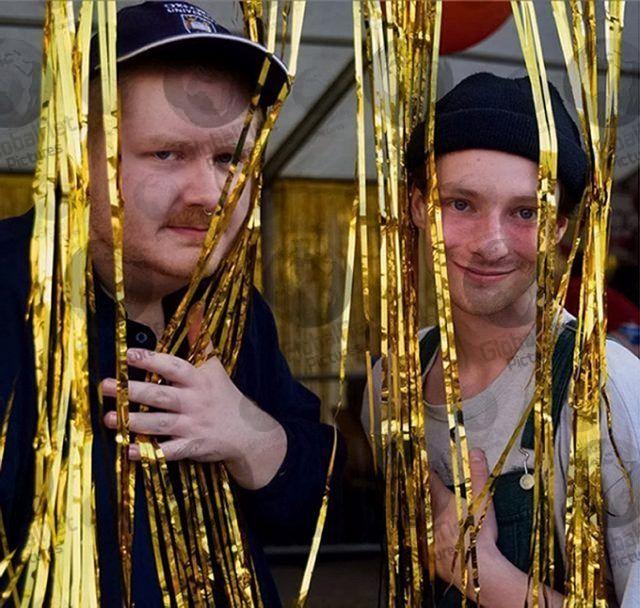 The Liverpool band’s heartbreaking last Instagram posts reveal they were almost due to fly home after their USA tour had gone “swimmingly well.”

In an Instagram post just three days ago, the band reflected on their tour and said they were looking forward to visiting the Grand Canyon.

Alongside a set of photos showing highlights of their trip they wrote: “It’s almost home time for the lads, US tour has gone swimmingly so far. Got a hot sunset date with the Grand Canyon tonight shout out to our sister @saraxking ️n thanks to @trevroc for exquisitely framing some of these.” 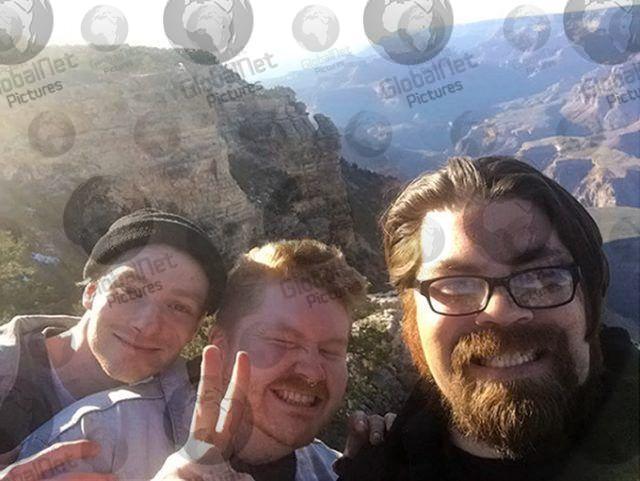 Manager Trevor Engelbrektson (right) posted a tragic set of photos shortly before his death – including this one (above) – as he celebrated his birthday at the Grand Canyon with the band, writing: ” Took @thatbandofhers to the Grand Canyon for my BDay. It was EPIC. #thatbandofhers #ilovemyjob #happybirthday”. 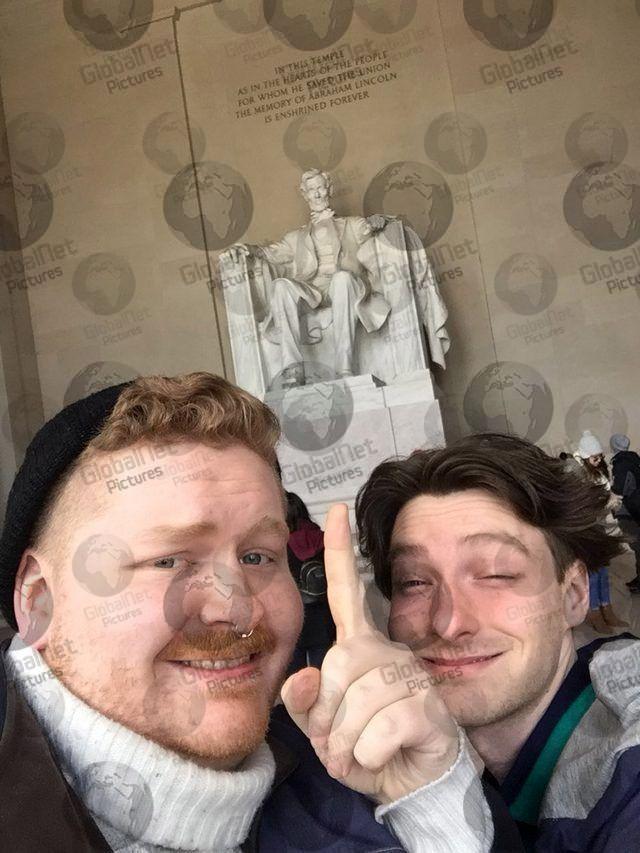 The band was on a 19-date tour of the US promoting their debut album, Invitation to Her’s, which featured singles She Needs Him and Love on the line.

Their record label Heist or Hit confirmed the band’s death in a brief statement on Facebook and said they were “heartbroken”.

Heist or Hit wrote: “It is with overwhelming sadness that we regretfully inform you that Liverpool band Her’s, Stephen Fitzpatrick and Audun Laading and their tour manager Trevor Engelbrektson tragically passed away in a road accident in the early hours of Wednesday, 27th March whilst travelling to a show in Santa Ana, California. We are all heartbroken.”