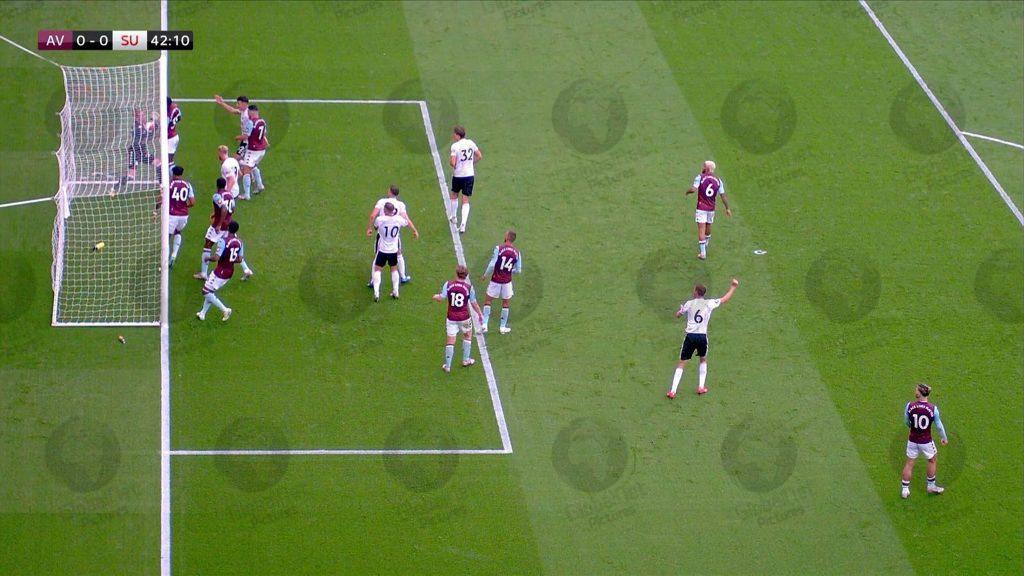 Blurred lines obviously matter as Hawk-Eye was forced to release a statement last night on a bizarre goal line incident during the first post Covid-19 lockdown Premier League match between Aston Villa v Sheffield United. The ball went over the goal line but the tech didn’t work and the ref’s watch didn’t buzz.

So what happens next? VAR to the rescue? Ermmm apparently not!

Sky Sports replays showed Aston Villa goalkeeper Orjan Nyland fumbled the ball over his own goal line as premier league football returned to our screens for the first time following a 100-day absence due to coronavirus. 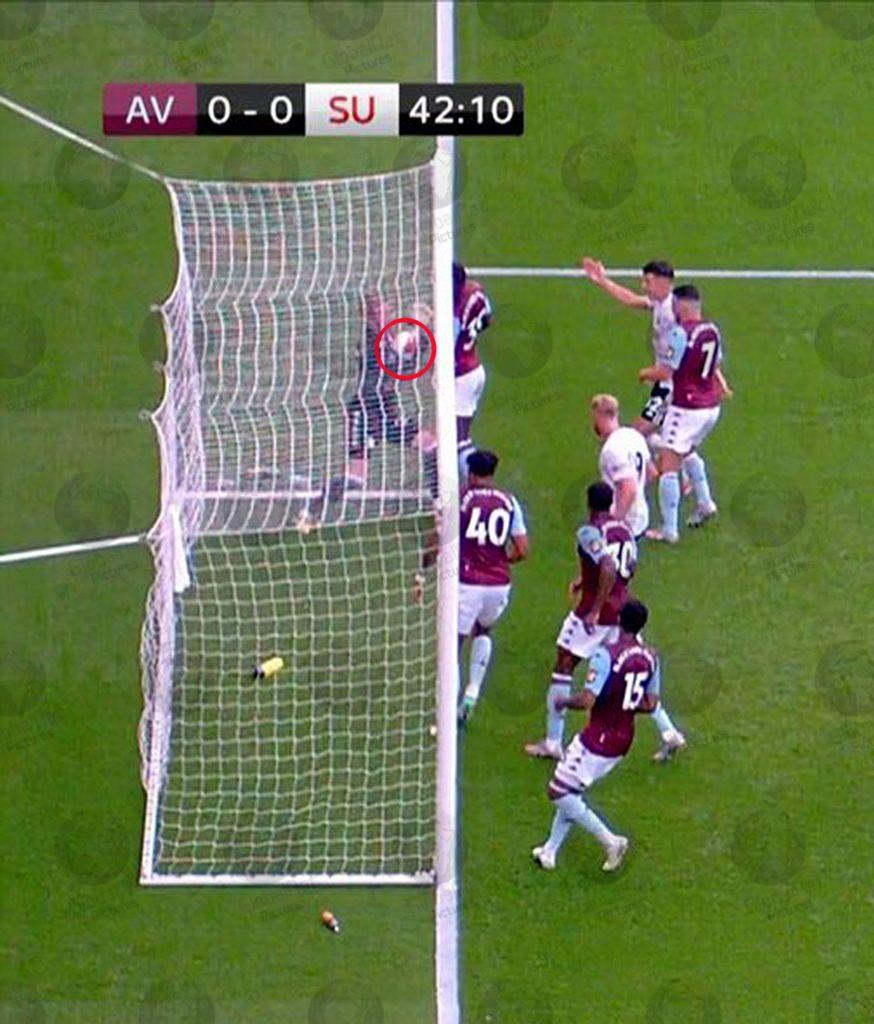 The match was a dreary affair as far as a football spectacle, but the 0-0 draw with Sheffield United exposed a major glitch in Hawk-Eye, which was thought to be faultless goal-line technology.

Sheffield United were denied the goal because the ball did not register on the ref’s watch as going over the line, even though it clearly had. 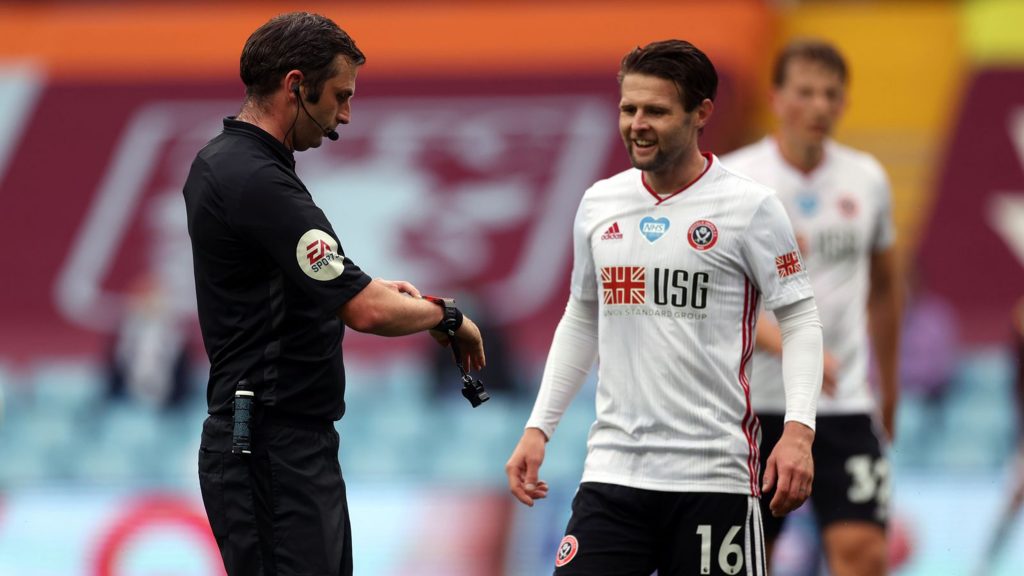 Stunned fans watching at home – literally in silence due to no crowd – were also baffled and rendered speechless after the replay showed the ball was over. Referee Oliver could not award the goal as his watch didn’t vibrate. 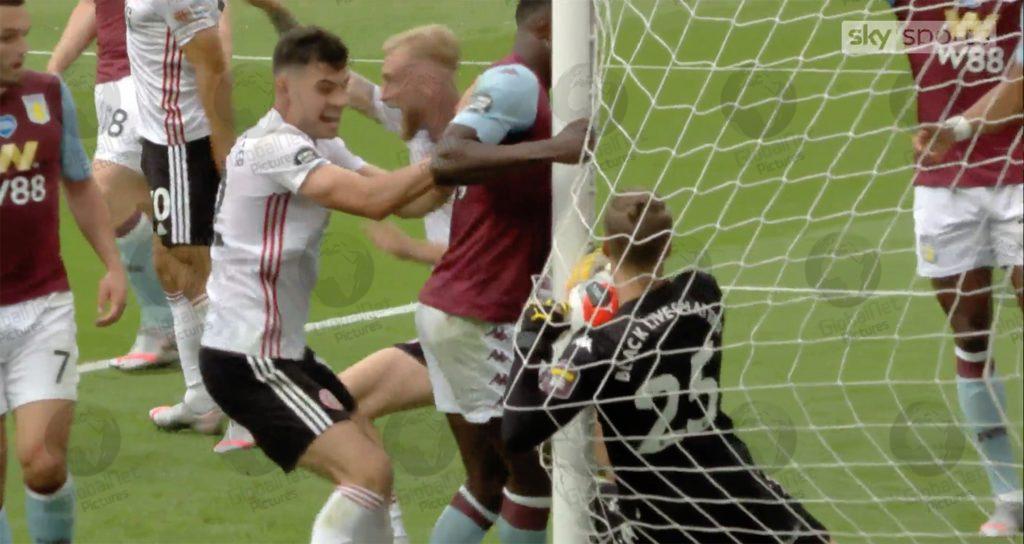 Hawk-Eye was forced to apologise for the error and release a statement, which said “match officials did not receive a signal to the watch nor earpiece as per the Goal Decision System (GDS) protocol. The seven cameras located in the stands around the goal area were significantly occluded by the goalkeeper, defender, and goalpost. This level of occlusion has never been seen before in over 9,000 matches that the Hawk-Eye Goal Line Technology system has been in operation. 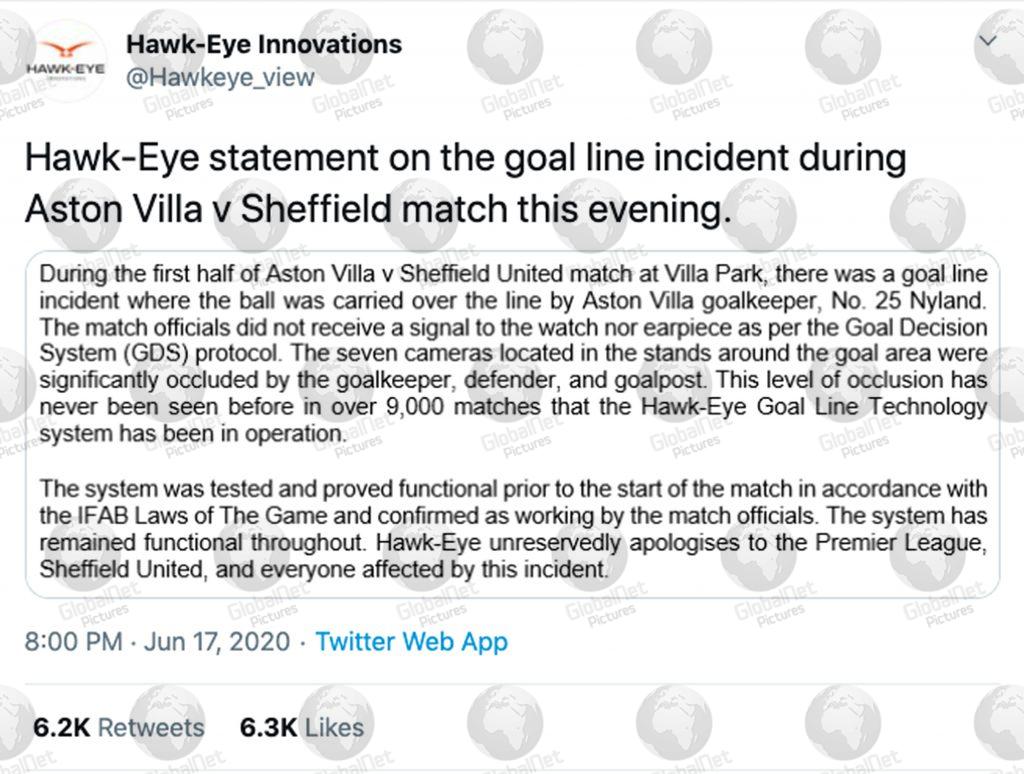 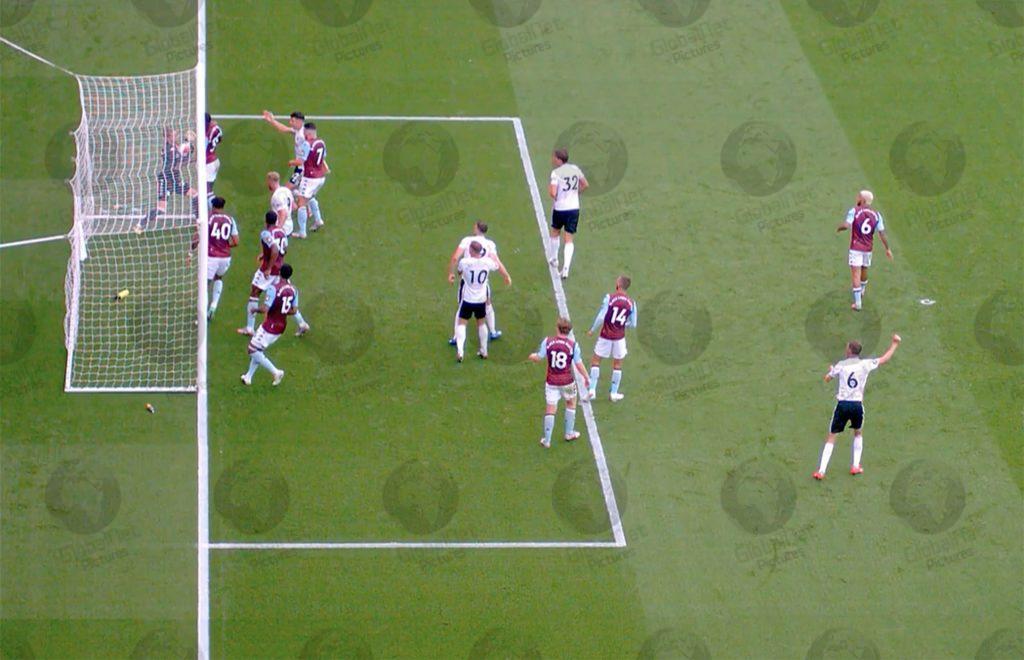 “The system was tested and proved functional prior to the start of the match accordance with the IFAB Laws of The Game and confirmed as working by the match officials. The system has remained functional throughout. 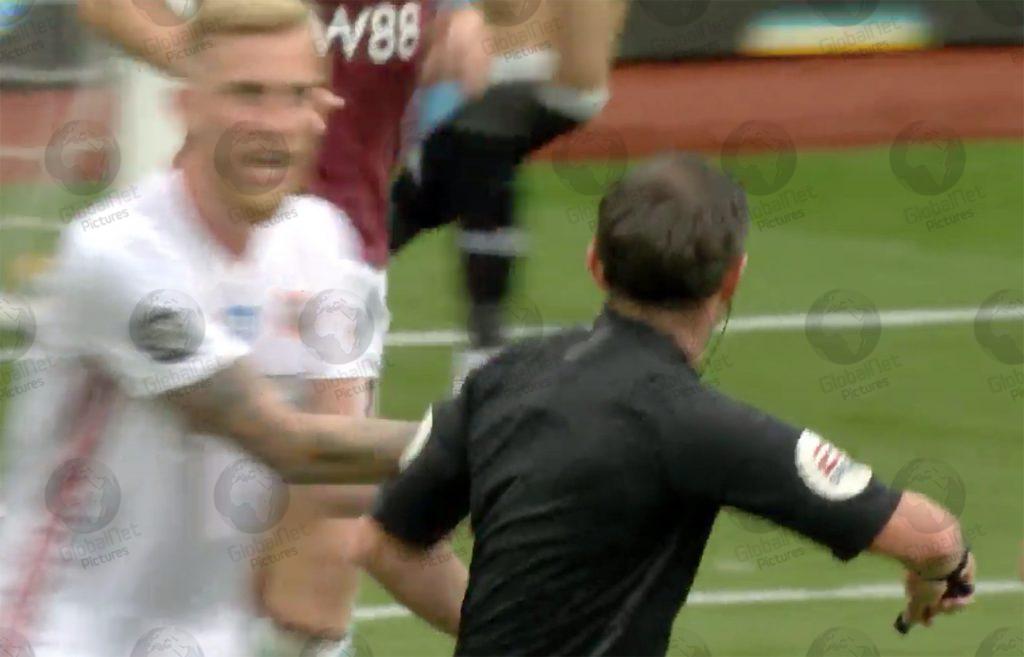 Hawk-Eye unreservedly apologises to the Premier League, Sheffield United, and everyone affected by this incident.” 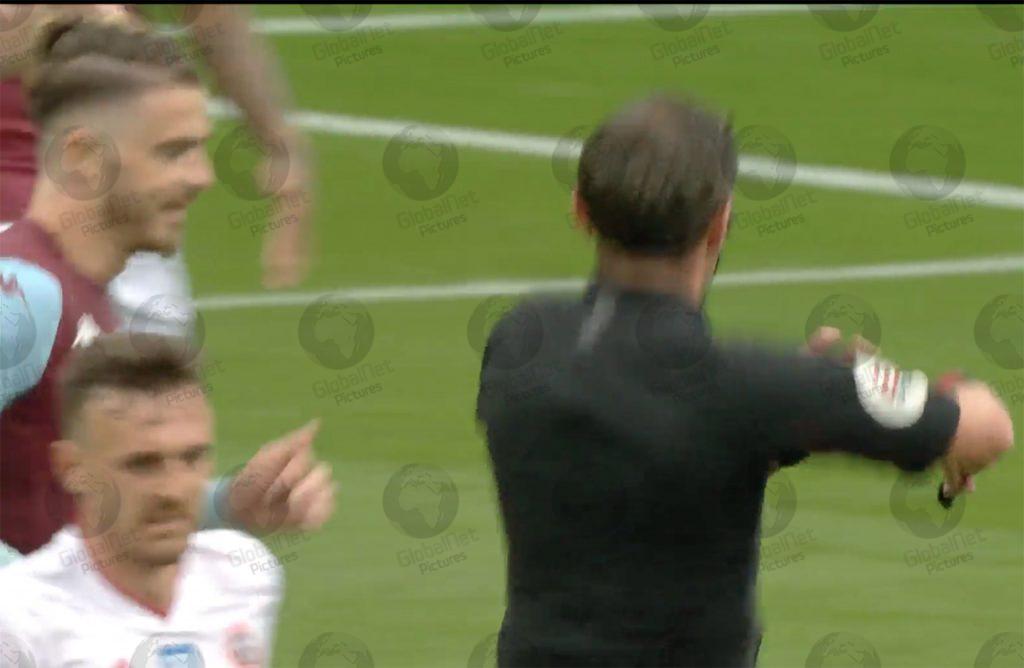 It is the first time the GDS (Goal-line decision system) has failed since its introduction to the Premier League in 2013, forcing Hawk-Eye to apologise after the game, stating the incident saw the highest “level of occlusion” in over 9,000 games where GDS has been used. 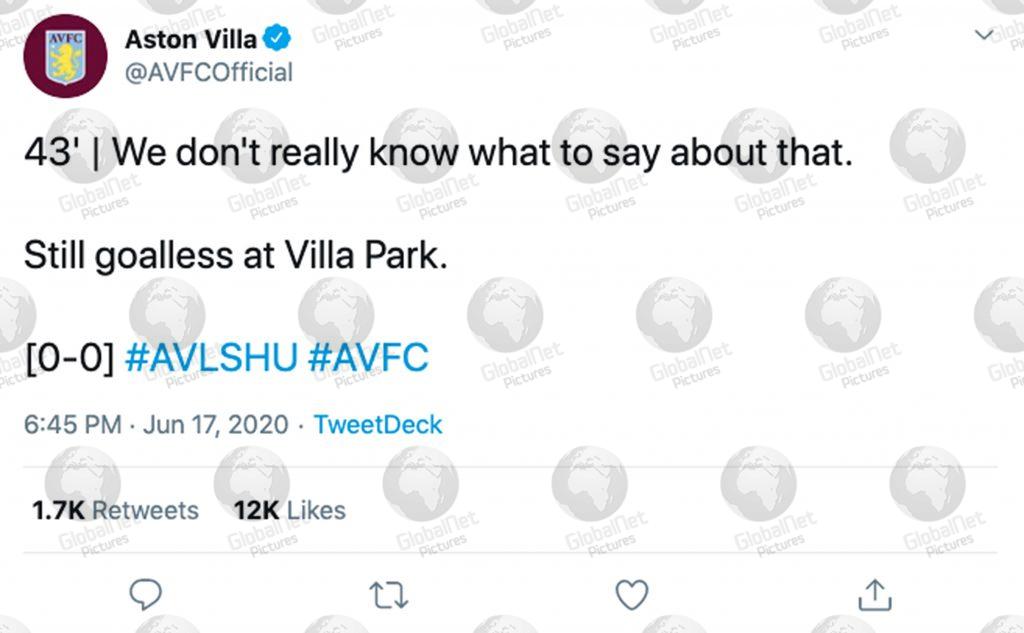 So why didn’t VAR take over and rectify the error?

The Professional Game Match Officials Limited (PGMOL) said: “Under the IFAB protocol, the VAR is able to check goal situations, however due to the fact that the on-field match officials did not receive a signal, and the unique nature of that, the VAR did not intervene.”

So basically the tech failed because the cameras were “significantly occluded,” according to Hawk-Eye.

The Cambridge Dictionary definition of ‘occlusion’ states: “in medicine, something that blocks a tube or opening in the body, or when something is blocked or closed.”