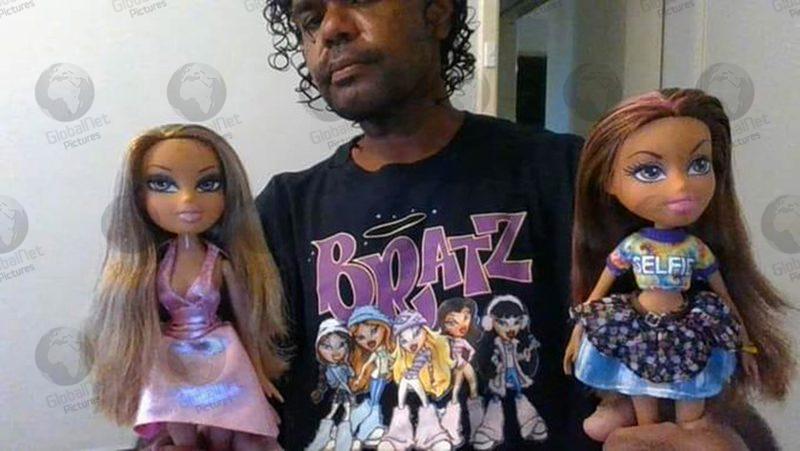 Terence Darrell Kelly, 36, the man accused of abducting 4-year-old Cleo Smith from an Australian campsite, has a fixation with Bratz and princess dolls.

He has a room room stacked with Bratz character dolls and Disney figures and little Cleo was found playing with them when cops raided a derelict house in Carnarvon in Western Australia, in the early hours of Wednesday morning and dramatically rescued her.

Known locally as oddball Terry Kelly, he has been charged with multiple offences including kidnapping. 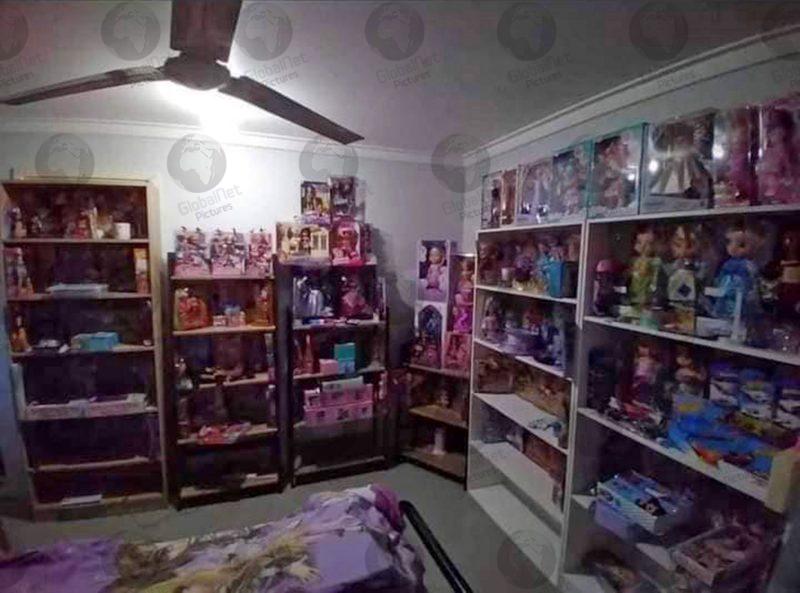 It can be revealed that Kelly created a number of social media accounts which showed he has an obsession with Bratz figures and he also created an imaginary family on his social media profiles.

Kelly appeared in court today barefoot where he constantly interrupted the judge as the charges were read out. He did not enter a plea or apply for bail but shouted at journalists: “I’m coming for you.” 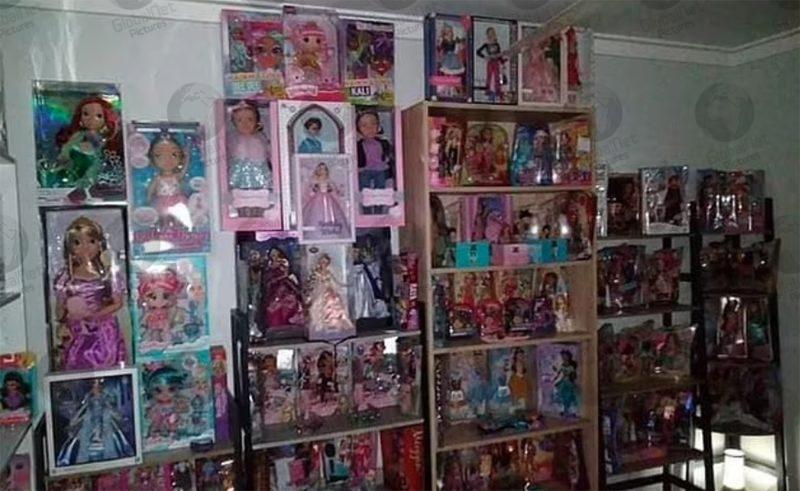 His soclal media profiles paint a disturbing picture of a man obsessed with Bratz dolls and with having a fake family of children and include photos of various unknown youngsters.

One of his accounts in the name of ‘Bratz DeLuca’ was deleted this morning. His profilles show him surrounded by Bratz dolls and a room with shelves full of Bratz dolls and other girls toys including princess figures. 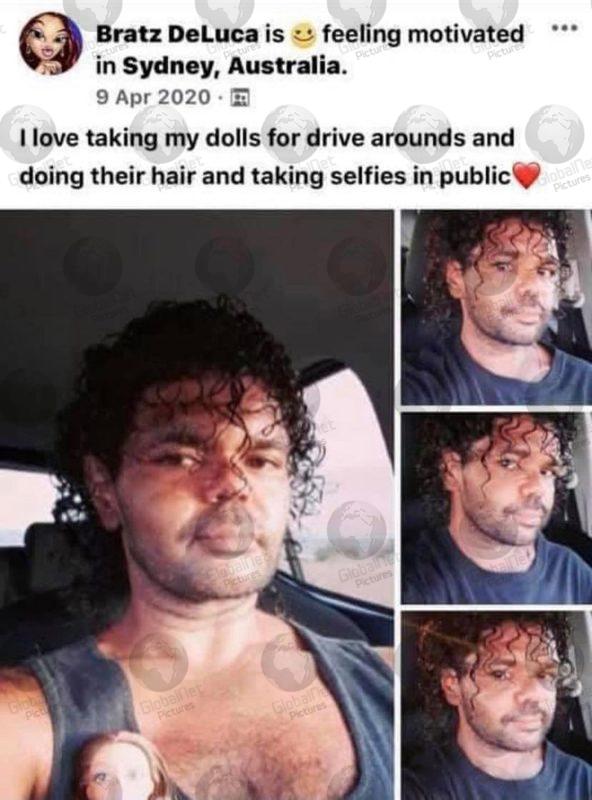 Kelly claims on Facebook to be ‘half Italian’ and the father of a number of children, but neighbours say he was a loner and had no kids. 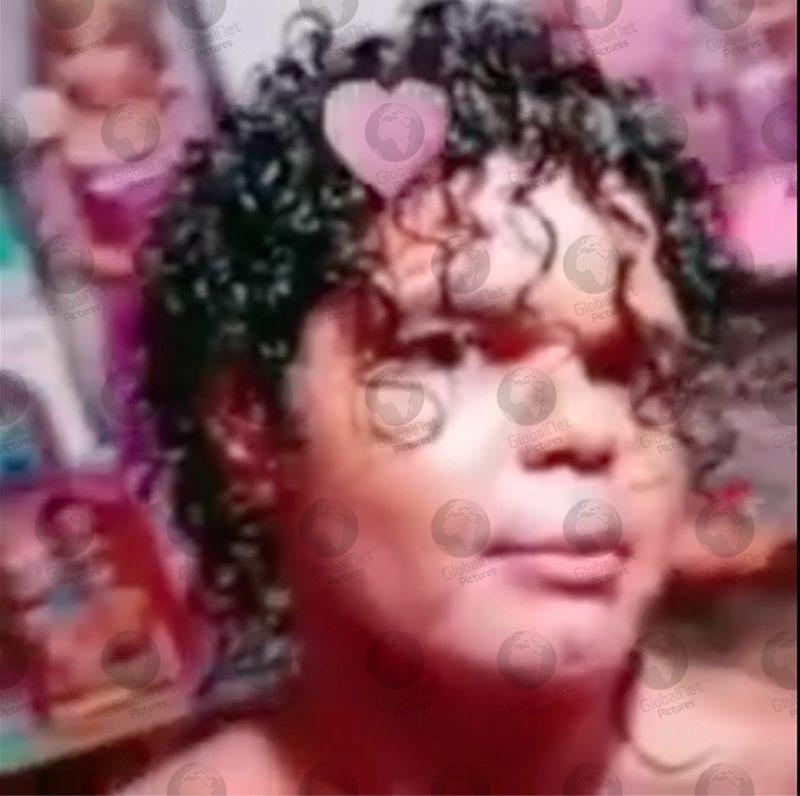 He said in one post: ‘I love my dolls,’ and in another, stated: “I love taking my dolls for drive arounds and doing their hair and taking selfies in public.”

Cloe has now been reunited with her mother Ellie after going missing for 18 days and has also been photographed with her for the first time since she was snatched from a tent as she slept during a family camping trip. It became the Australian Madeleine McCann case due to similarities. 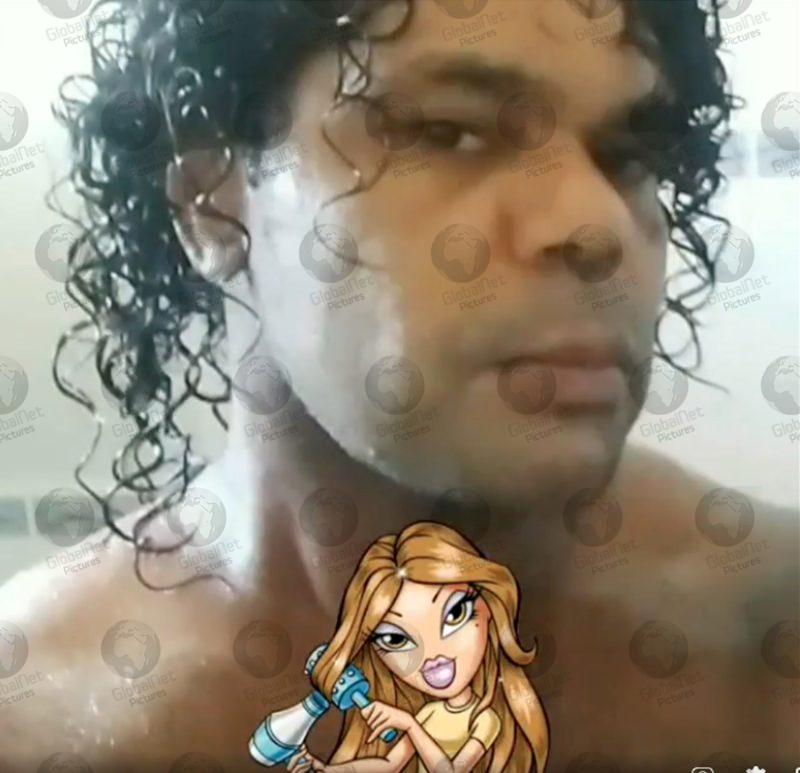 Police Deputy Commissioner Col Blanch said yesterday: “It’s my privilege to announce that in the early hours of this morning, the Western Australia Police Force rescued Cleo Smith. Cleo is alive and well. A Police team broke their way into a locked house in Carnarvon about 1am. They found little Cleo in one of the rooms. One of the officers picked her up into his arms and asked her ‘what’s your name?’ She said – ‘My name is Cleo’ 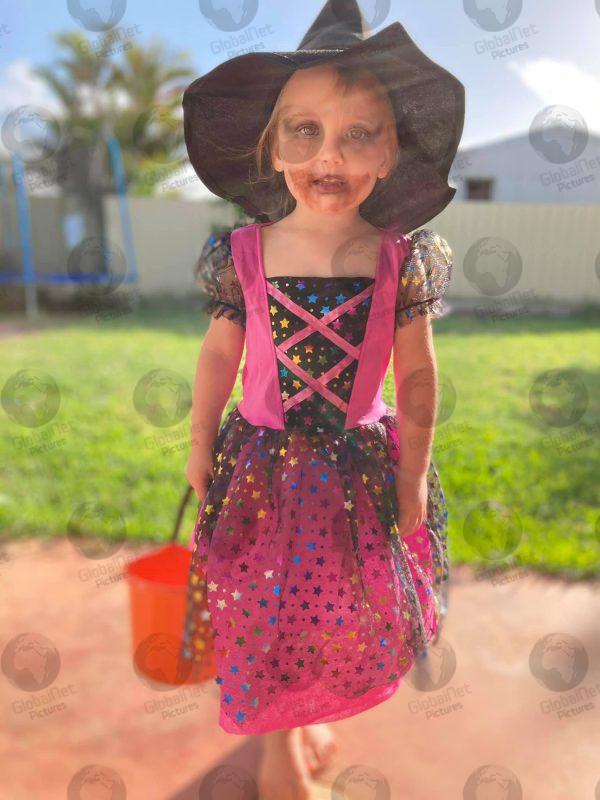 “Cleo was reunited with her parents a short time later. 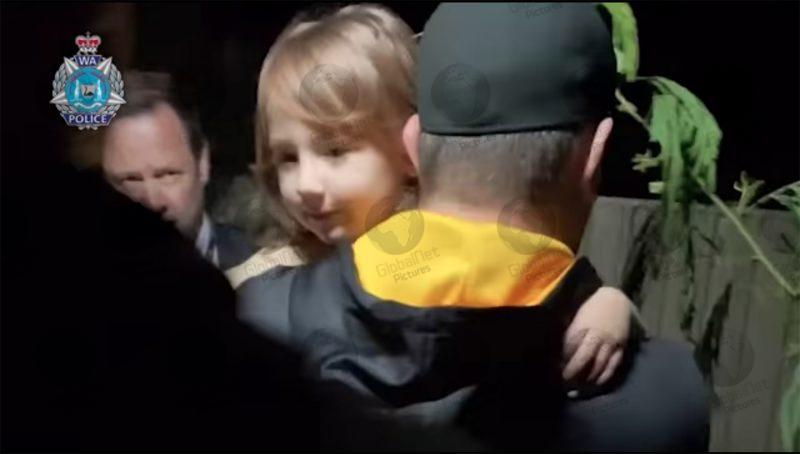 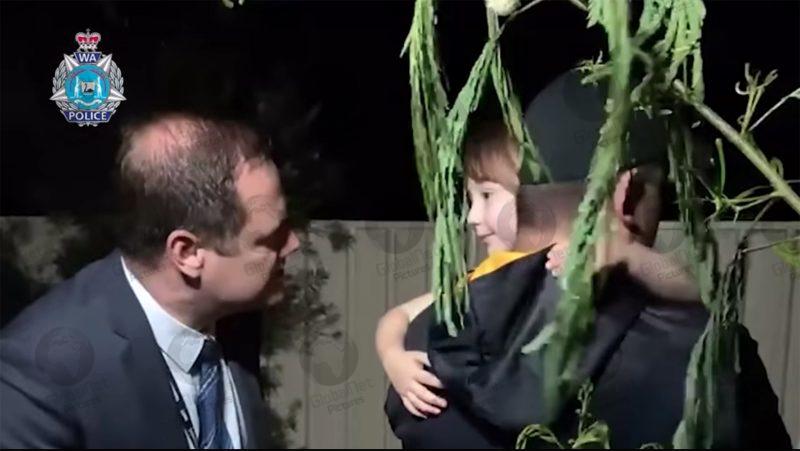 Cleo Smith is rescued by police 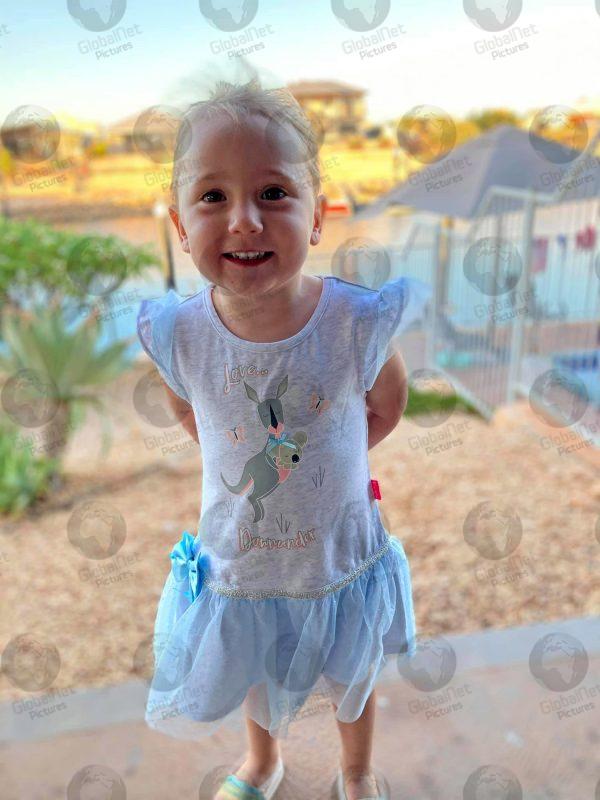 “I want to thank Cleo’s parents, the Western Australian community and the many volunteers. 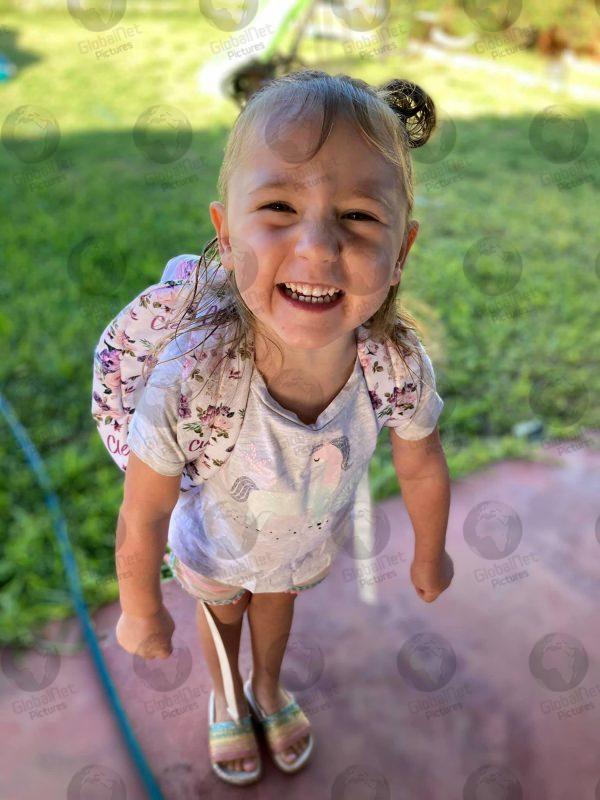 “And of course, I want to thank my colleagues in the Western Australia Police Force. “I can confirm we have a man from Carnarvon in custody who is currently being questioned by detectives.” 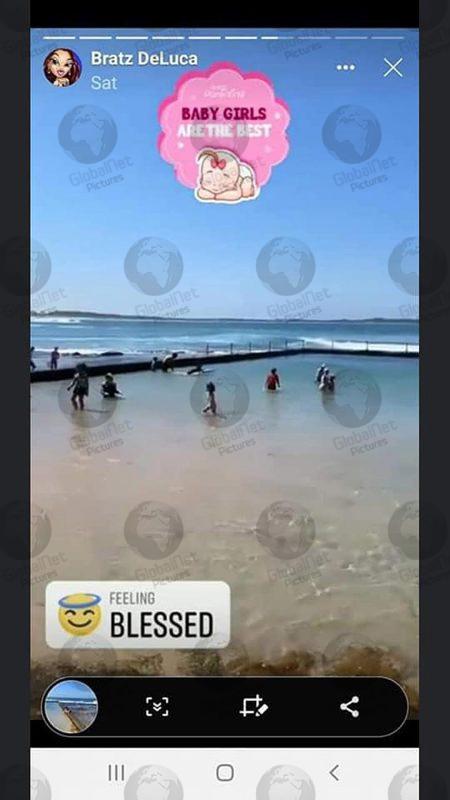 Media can create an account and login to download images on this case which will then be listed below.