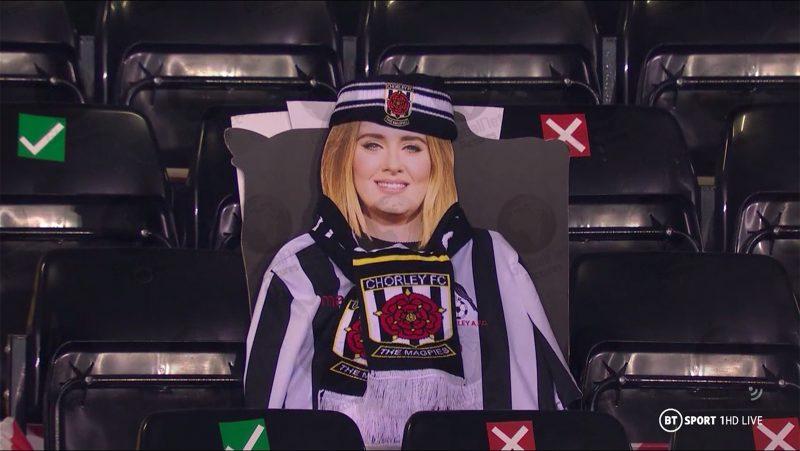 Adele’s cardboard cut-out watches Chorley FC from a pitch-side seat during their FA Cup fourth round match with premier league side Wolverhampton Wanderers tonight, as it is shown live on BT Sport.

The singer/songwriter sent her love to Chorley FC after the non-league side continued to performed Adele’s famous track ‘Someone Like You’ in the dressing room after they won their previous cup ties.

In what has become one of the highlights of this season’s FA Cup, the Magpies’ players and staff sang the Adele track as their victory song.

However despite a valiant effort tonight and terrific performance, limiting Wolves to just one shot on target – a stunning long range strike that unfortunately for them flew past their keeper –  Chorley couldn’t cause an upset and went out of the cup, losing the game 1-0.

Trainee chef Andy Banks, 28, has been charged over peeing by...